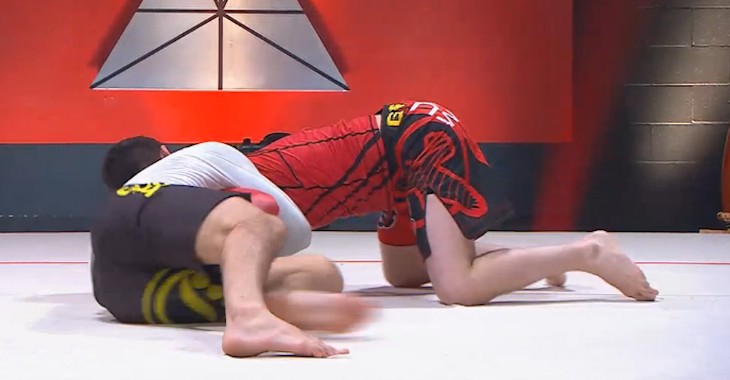 Joe Lauzon made the transition from the Ultimate Fighting Championship to Metamoris for one night and fell short of grabbing the victory. Dillon Danis was able to put Lauzon in toruble early on and Lauzon was never able to recover.

Danis threatened an arm-in guillotine choke right off the bat, but Lauzon rolled through to alleviate the pressure. Danis executed a sick transition and took the back of Lauzon, quickly locking in the body triangle.

Lauzon showed amazing resiliency and submission defense by fighting off the choke for three minutes until Danis unlocked his body-triangle. As Lauzon tried to escape, he left his arm behind and almost fell victim to an armbar. Momentum was on his side and he pulled out of the hold only to find himself in a D’arce choke after a scramble.

Danis torqued the hold hard and Lauzon had no choice but to submit.