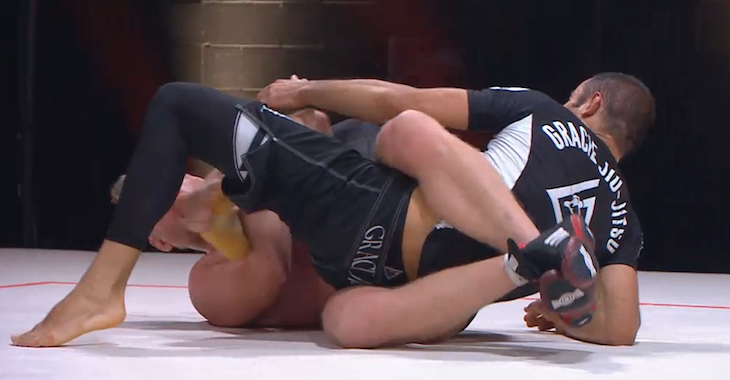 Josh Barnett proved his dominance in the world of grappling as he finished Ryron Gracie in the main-event of Metamoris 6. Gracie looked phenomenal for someone who took such a high-profile fight on only three days notice.

There was a long feeling out process at the beginning where Ryron and Barnett stayed standing. Barnett mentioned he was surprised to see Ryron stand with him for so long and he admired it. As soon as the fight went to the ground, Barnett’s size advantage came into play.

Barnett executed a couple beautiful passes from Ryron’s half-guard to side control, one of which led to the end of the fight. Barnett passed from side control to north-south position in the middle of the mat and Ryron thought he saw an opportunity, so he grabbed on to it.

Ryron snatched Barnett’s foot and as soon as he did that, Barnett grabbed Ryron’s and fell back. Barnett applied a toehold that forced Ryron to submit immediately.