Israel Adesanya will look to earn his first middleweight title defense when he squares off with Yoel Romero in the main event of UFC 248 on Saturday night.

‘The Last Stylebender’ is the betting favorite ahead of this weekend’s highly anticipated event, but that doesn’t mean all fans and analysts are counting out Romero.

‘The Soldier of God’ made weight earlier today and is extremely confident that he will not only hand Adesanya his first career loss, but he will do so by way of knockout.

Romero has scored a ton of savage knockouts during his time with the Promotion, but will enter this weekend’s event on a two-fight losing skid after dropping back-to-back decisions to Robert Whittaker and Paulo Costa. 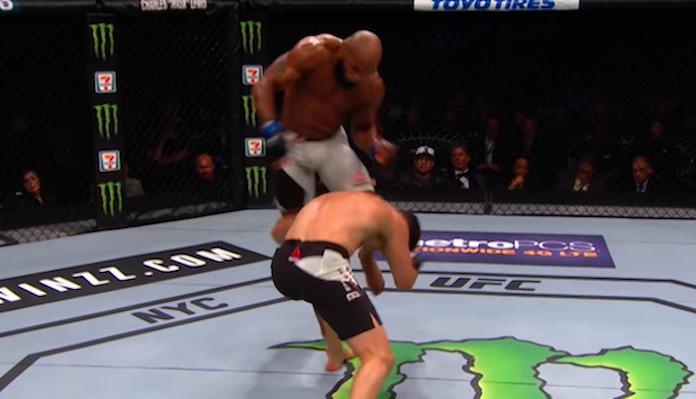 Israel Adesanya became the promotions undisputed middleweight champion at UFC 243 in October of 2019, defeating Robert Whittaker by way of TKO.

The undefeated middleweight standout, Adesanya, will be paid handsomely for his efforts this weekend at UFC 248. Reports recently surfaced that ‘Stylebender’ will receive a flat rate of $500k win or lose on Saturday night.

As for Izzy’s opponent Yoel Romero, the Cuban standout is set to bank $350k on Saturday evening in Las Vegas.

Get the all of the UFC 248 main card fighter salaries below:

What do you make of former strawweight champion Joanna Jedrejczyk being paid more than reigning division champion Weili Zhang at UFC 248? Are you surprised by Israel Adesanya or any of the other UFC 248 main card fighter salaries? Sound off in the comments section PENN Nation!