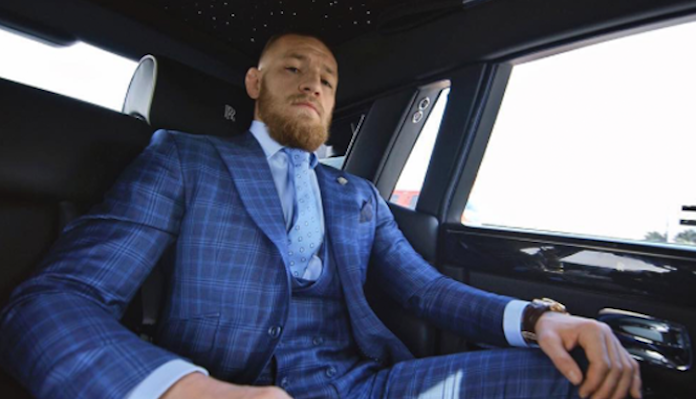 Conor McGregor didn’t win a fight in 2018 but did earn himself some recognition.

Sports Illustrated released their 50-fittest athletes (25 fittest Men and 25 fittest Women) and the former UFC lightweight and featherweight champion found himself ranked ninth out of 25 other men.

McGregor (21-4) was ranked ahead of other athletes like boxing star Canelo Alvarez, Thunder point guard Russell Westbrook and two-time Olympic gold medalist rower Hamish Bond. No other male MMA fighters made the list, despite some obvious choices like Max Holloway, Israel Adesanya or Khabib Nurmagomedov. SI explains in the article that McGregor competing on both boxing and mixed martial arts (even though McGregor fought Floyd Mayweather in 2017) was a major factor in making the list.

The 30-year-old is awaiting the result of his suspension from the Nevada State Athletic Commission following his actions after UFC 229. McGregor was involved in an altercation with Khabib Nurmagomedov’s team following his loss at UFC 229. Both McGregor and Nurmagomedov are without scheduled matchups as the NSAC makes their decision.

McGregor is now 2-2 in his last four fights with losses to Nurmagomedov and Nate Diaz at UFC 196. Prior to that, McGregor was riding a 15-fight win streak, including a 13-second knockout over Jose Aldo at UFC 194 where he captured the featherweight title. He also picked up wins over Max Holloway, Dustin Poirier and Chad Mendes during that impressive winning streak.

After losing to Diaz, McGregor defeated the Stockton native in their rematch at UFC 202 by majority decision. He then followed that up by defeating Eddie Alvarez via second round TKO at UFC 205 to become both the lightweight and featherweight champion. In 2017 he would step into the boxing ring against Floyd Mayweather Jr. and lose via TKO in the 10th round.

The time off caused Conor McGregor to vacate his lightweight title, which Nurmagomedov won at UFC 223 defeating Al Iaquinta by unanimous decision.

Who would you like to see Conor McGregor fight next?