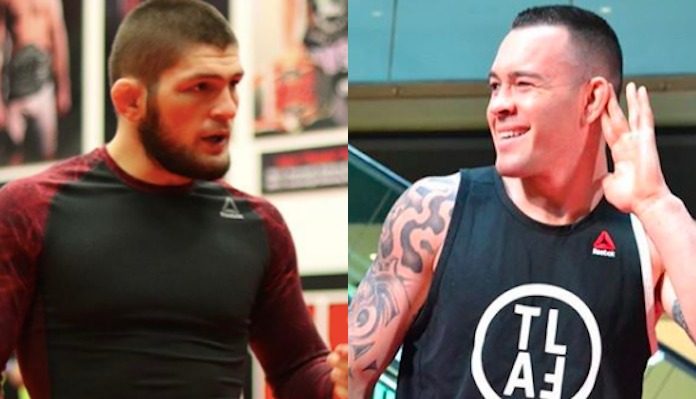 Colby Covington is expected to challenge Kamaru Usman for the UFC welterweight title later this year. Although Usman presents his own challenges to Covington, ‘Chaos’ is already eyeing his next potential fight. That fight would be against current UFC lightweight champion, Khabib Nurmagomedov.

Covington recently discussed a potential catchweight bout with ‘The Eagle’, where he insinuated that Khabib would be the easiest fight of his career.

“He [Khabib] would be my easiest challenge. He’s small and he doesn’t even do what I do as good as I do it. He can’t wrestle as good as me. He’s never faced a high-level Division 1 All-American, a kid who has been wrestling his whole life. That sambo shit, that shit’s weak. If wrestling was easy, it would be called sambo. But it’s not, it’s called wrestling.”

Nurmagomedov, meanwhile, remains undefeated and last fought at UFC 229 where he submitted Conor McGregor in the fourth-round.

It is expected that Nurmagomedov will return in September where he will most likely take on the winner of Dustin Poirier vs Max Holloway. Meaning, this fight most likely won’t happen this year, if it ever does come to fruition.

Do you agree with Colby Covington that Khabib Nurmagomedov would be his easiest fight to date? Sound off in the comment section, PENN Nation!