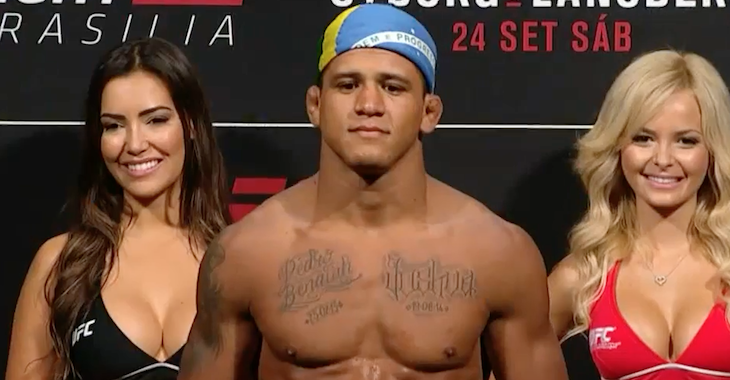 After a competitive opening nine minutes, Burns was able to land a huge overhand right that absolutely flattened Jason Saggo.