Darren Till tuned in to watch his former buddy Mike Perry take on Tim Means at tonight’s UFC 255 event in Las Vegas.

Till and Perry have had an up and down relationship. The pair started off as training partners and seemed to get along. However, somewhere down the road ‘Platinum’ became upset with the Liverpool native and their relationship turned sour.

Despite Perry’s hard feelings, Darren Till offered to corner his former sparring partner for tonight’s event.

Mike Perry ultimately dismissed Till’s offer and went on to miss weight by 4.5 pounds for his fight with Tim Means. As a result, ‘Platinum’ was forced to forfeit 30% of his purse to ‘The Dirty Bird’.

Perry (14-7 MMA) was most previously seen in action this past June, where he scored a unanimous decision victory over Mickey Gall. Following that victory, ‘Platinum’ began campaigning for a fight with Darren Till, but obviously that proposed contest never came to fruition. 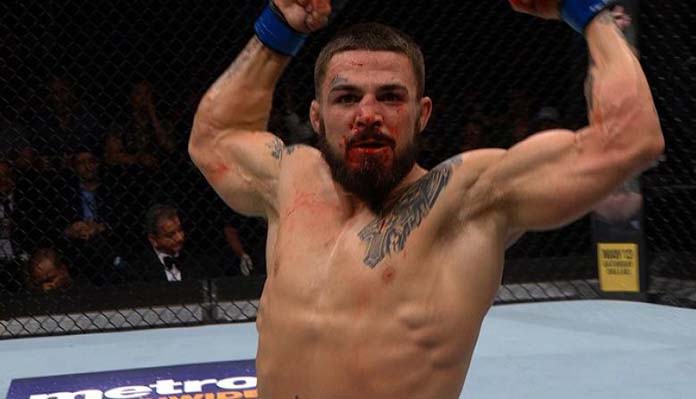 Meanwhile, Tim Means (31-12-1 MMA) had entered UFC 255 looking to build off the momentum from his unanimous decision victory over Laureano Staropoli.

Tonight’s Perry vs. Means fight proved to be an absolute war. Mike Perry nearly finished the fight with a rear-naked choke in round one, but ‘The Dirty Bird’ managed to survive. In round two, Means would begin to turn the tide in his favor behind an effective jab. Round three was an absolute slugfest but a round in which Tim Means clearly got the better of Mike Perry.

Check out how the Darren Till reacted to Tim Means defeating Mike Perry below:

“I should of been in that corner. Unlucky Mike.”

Who would you like to see Tim Means fight next following his victory over Mike Perry this evening in Las Vegas? Share your thoughts in the comments section PENN Nation!