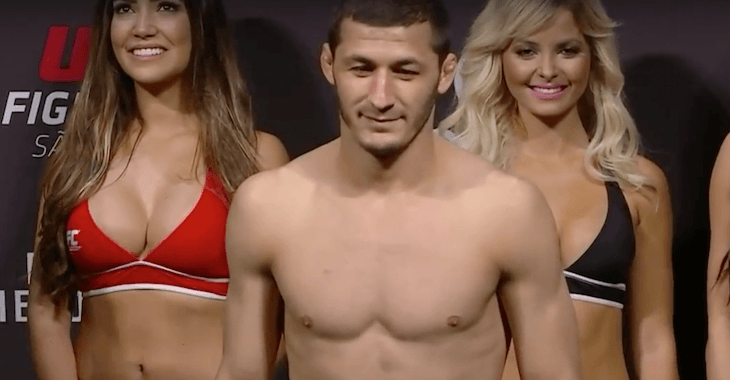 In what is likely to be the feel-good story of the day, #14 ranked UFC lightweight Rashid Magomedov saved the life of a drowning child in Dagestan earlier this week.

According to Cageside.Ru, while walking with his friend along the October Revolution Canal, Magomedov noticed a boy drowning, at which point he jumped in. Despite struggling to reach the boy, the pair finally reached the 6 year old, who was unconscious at that point.

He recalled the situation:

“He had swallowed much water and became very heavy, so I alone could not even get him,” Magomedov told Cageside.ru. “I had to have the help of my friend and the first guy who was there to raise him out of the water and back to the shore.”

“We immediately started to resuscitate him — the three of us. I did CPR, and somewhere in a moment he sighed and spat water.”

“Thank God that everything turned out well. We, quite frankly, were not even sure if we were doing everything right, but in the end he survived. It turned out that the boy is 6 years old.

“He was taken to the hospital and, as far as I know, he is now recovered. I am planning a few days ago to look into it, because of all of this turmoil did not even remember what he looked like and did not know his name.

“I do not believe that I am some kind of a hero, I’m just well done as any other normal person.”