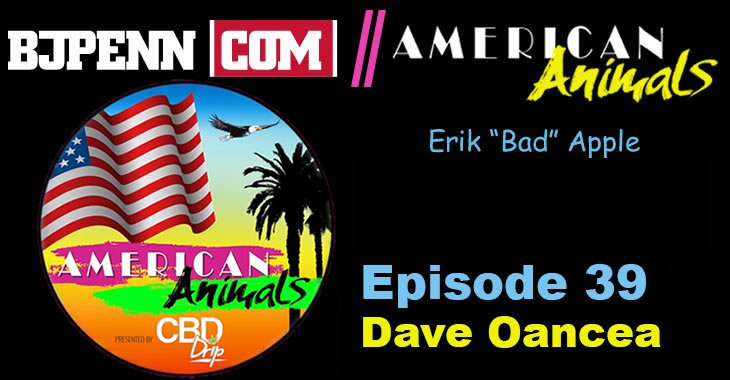 Laying it all on the line…
On this episode of American Animals, the Animals are here to bring the latest and greatest in the world of Mixed Martial Arts. Erik Apple reviews all the happenings from UFC Fight Night 108 in Nashville, Tennessee, which featured a main event bout between “Cub” Swanson and Artem Lobov. Swanson reigned supreme over Lobov, landing a whopping 209 punches and breaking his hand in the process.  Swanson now looks ahead to the UFC 212 event and hopes to meet the winner of the featherweight title bout between Jose Aldo and Max Holloway.

Plus, the Animals get the opportunity to speak with one of the most popular and well-known sports handicapper’s in the world today, Dave Oancea. Dave shares with us his inspirational story of self-belief and what it really means to “lay it all on the line.” Step inside the octagon with this episode of American Animals!