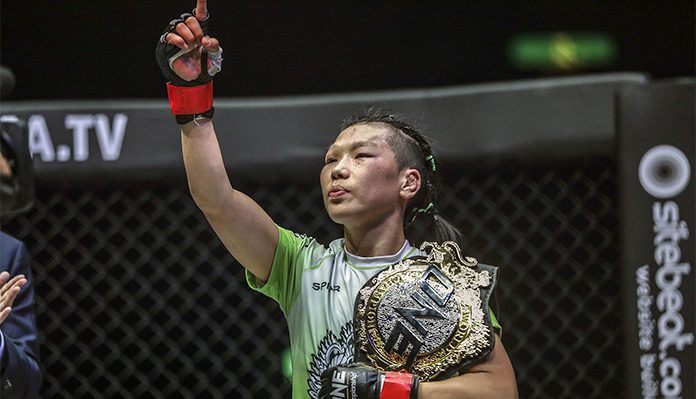 Earlier this year, Xiong Jing Nan became the first person to defeat Angela Lee, scoring a fifth-round victory over the Singaporean champion to defend the ONE Women’s Strawweight World Championship.

Now, “The Panda” gets her crack at making history by becoming the first-ever female two-division champion in ONE when she challenges Lee for her ONE Women’s Atomweight World Title at ONE: Century Part I on Sunday, October 13 from Tokyo, Japan (11pm ET Saturday on TNT in the United States).

The 31-year-old Xiong already placed her name in the martial arts history books when she became the first Chinese fighter to capture a major world title with a victory over Tiffany Teo in 2018 at ONE: Kings of Courage. Since that time, she has defended the title three times with wins over Laura Balin, Samara Santos and Lee.

Over her five-year professional career, Xiong has experienced just one loss, falling to Colleen Schneider by decision six years ago. That does not mean, however, that it has been an easy path to the top for the Bali MMA athlete.

“I have experienced many lows in my life,” Xiong says. “Each challenge I have faced has been a part of my growth. I value my career more than life itself.”

Xiong represented China as a member of the Shandong women’s boxing team before transitioning over to martial arts on the encouragement of her father, who has supported her quest with those closest to her ever since. 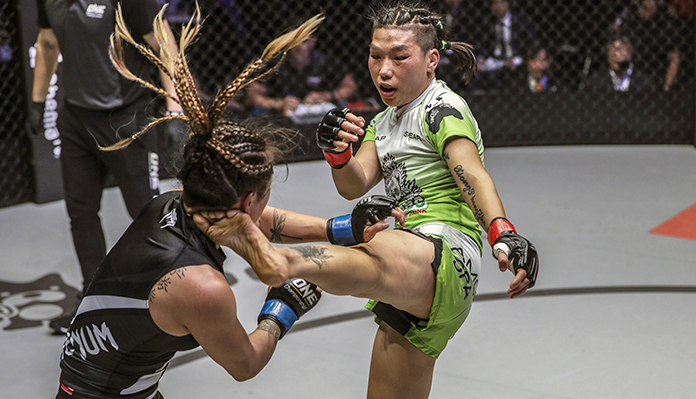 “I have only been able to continue for so long because of my family, as well as some very close friends whom I consider to be family,” she said. “Behind the scenes, they have helped me, suffered with me and worked hard with me. That is why I truly value their friendship. I have no excuse not to work hard.

“My family has never asked anything of me or placed any expectations on me. My mom and dad told me that as long as I am happy with what I have chosen to do, and I am satisfied that I am doing the right thing, I should just pursue it boldly and they will be with me.”

Each time Xiong has stepped into action for ONE, she has done so with helping hands along for the ride.

“All (the support) has had a huge impact on me,” Xiong said. “When you are on a mission, and you have the full support and acknowledgment of your family and friends as they stand with you on your journey, it is really a huge driving force.”

The Lee-Xiong bout will headline the first part of ONE: Century from the Ryogoku Kokugikan Sumo Hall.