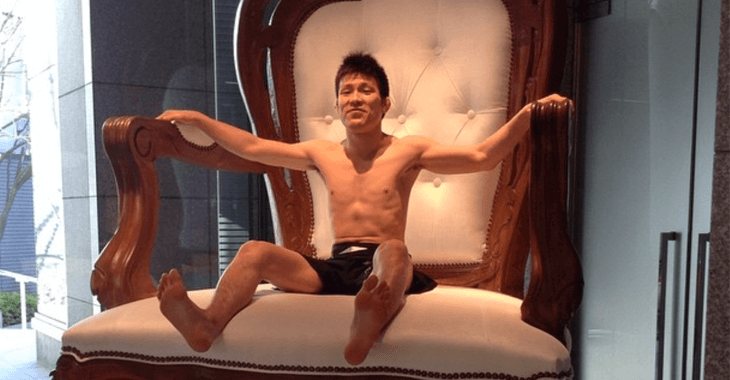 ONE Championship lightweight titleholder Shinya Aoki is scheduled to headline the Rizin Dec. 29 show in Japan, and now is reportedly going to be fighting just two days later on Dec. 31.

Now Anotonio Inoki has announced that he will be going head to head with RIZIN on New Years Eve in an event that is themed “Knockout the Rizin.” And it will be headlined by Shinya Aoki.

And his opponent will be former K-1 kickboxer and pro wrestler from Brazil Montanha Silva. Silva, no relation to the Paulo Cesar “Giant” Silva that went 2-6, mostly in Pride about a decade ago. That Silva was 7′ 2″ 385 lbs. Montanha Silva is being billed as even larger than ‘Giant’ Silva, although he isn’t quite.

Will Aoki be able to take down the giant and walk away the winner? Tell us what you think in the comment section below!