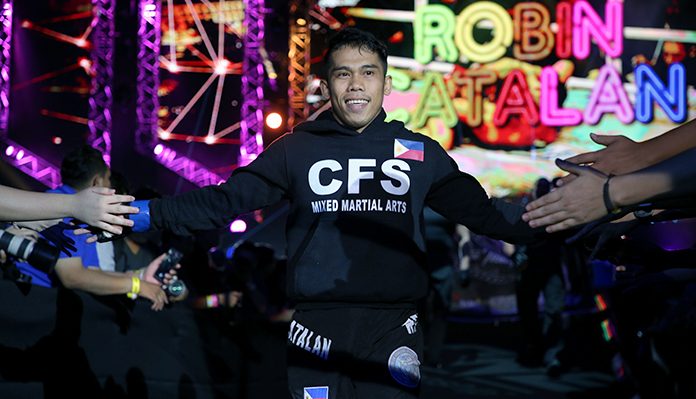 Robin Catalan is looking for a much-needed win at ONE: Masters of Fate when he faces Gustavo “El Gladiador” Balart at the Mall of Asia Arena in Manila on November 8.

Catalan dropped a knockout loss to Pongsiri Mitsatit last May after receiving sharp knees to his ribs. He is motivated to give a better performance this time around, knowing he will be performing in front of his countrymen.

To come out on the winning end, Catalan has identified aspects of his game that needed improving.

“I am hungry to win this match,” Catalan said.

“I did my best to prepare for that match, but Pongsiri was the better man that night. It was a tough loss, but there is nothing I can do now except to review my performance, which I already did. I know where I went wrong and had been fixing it since then. This time, I will make sure that I will win.”

“The Ilonggo” may be taller than Balart, but he admits the height difference could work against him. As such, Catalan and his team have come up with a sound game plan to negate any weapons Balart has in his arsenal. 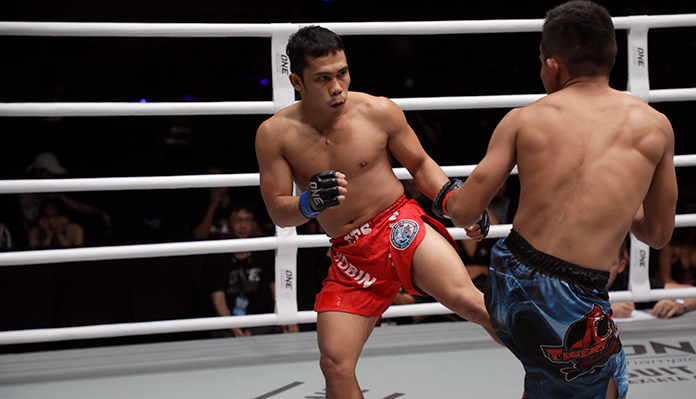 “I don’t think the difference in our height will be an advantage to me,” Catalan said.

“Yes, my reach will be longer, but there will be some difficulties in landing combinations. I could not also be reckless in charging in because Balart can counter my attacks and take me down. That is why my team is helping me with my preparations to make sure that I will be able to take full advantage of the holes in Gustavo’s game.”

Catalan is all but ready to step inside the ONE Circle and give the performance he has been working to give for the past few months. If all goes according to plan, Catalan believes he’ll clinch victory in exciting fashion.

“I have been working hard to be a well-rounded athlete,” Catalan said.

“For this match, I am ready for anything that Gustavo will throw at me. I can dominate the standup, but if he brings the action to the ground, then I will finish him off with a ground and pound. I only have one goal, and that is to win.”

ONE: MASTERS OF FATE main event will feature ONE Strawweight World Champion Joshua Pacio defending his title against Rene Catalan.