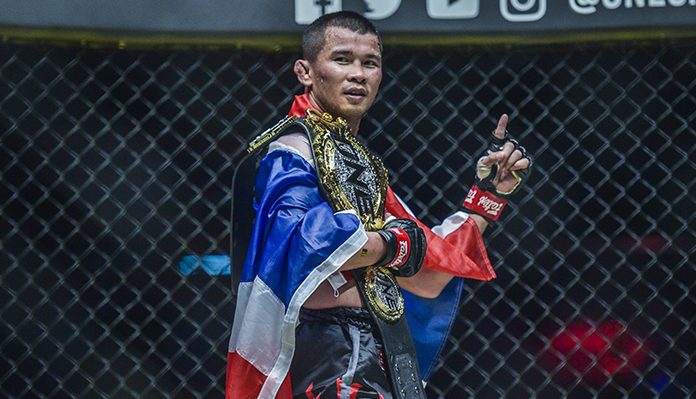 ONE Championship‘s next event is ONE: Immortal Triumph on September 6 in Ho Chi Minh City, Vietnam, where martial arts fans will get a taste of the highest quality Muay Thai and kickboxing action.

Here are five fast facts about the upcoming event in Vietnam.

Known for its intimacy, the Phu Tho Indoor Stadium is a spectacular venue for martial arts. It has been host to several Southeast Asian taekwondo tournaments. The local audience has a vast understanding of a variety of martial arts, which is evident during live events. Also, the venue has hosted a number of the largest futsal tournaments and competitions in the region.

ONE Bantamweight Muay Thai World Champion Nong-O Gaiyanghadao of Thailand will defend his title for the second time against France’s Brice Delval.

He won it in February when he defeated China’s Han Zi Hao at ONE: Clash of Legends in Thailand.

Nong-O’s most recent victory came in May at ONE: Warriors of Light when he scored a second unanimous decision victory over Japan’s Hiroaki Suzuki in a match that also took place in Thailand. The match against Delval marks the first time Nong-O will be defending his title outside of his home country.

Delval is only 20 years old, and he is a training partner of a ONE champ in Elias “The Sniper” Mahmoudi. ONE has a good number of young champions and Delval would like to be the next one on the list. 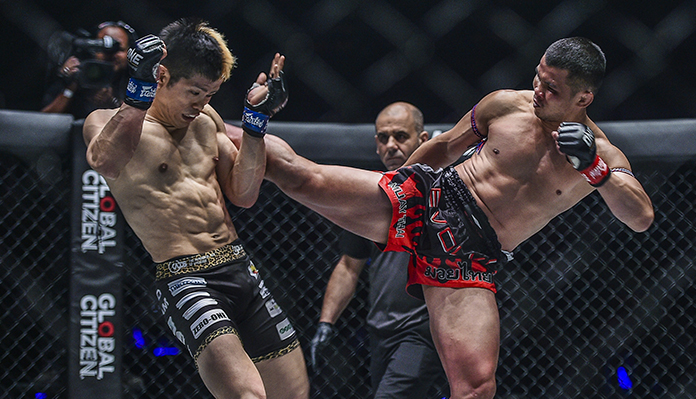 While he isn’t entirely on Nong-O’s level yet, Thailand’s Saemapetch Fairtex is on the rise. He is a former MTGP Welterweight Champion who signed with ONE in 2018.

As expected, he has proven to be a formidable threat. He has been competing in Muay Thai since he was 11 years old, and by the age of 14 was already performing in some of the largest and most prestigious stadiums in Bangkok.

He now trains in Pattaya with the likes of the legendary Yodsanklai IWE Fairtex, and current ONE Atomweight Kickboxing and Muay Thai World Champion Stamp Fairtex.

Saemapetch is ready to continue in the line of excellent competitors from the Fairtex camp. He won’t have an easy matchup in Vietnam as he faces Morroco’s Azize Hlali.

Who Else is in Action?

In addition to Nong-O vs. Delval and Saemapetch vs. Azize, the ONE: Immortal Triumph card will also feature a Muay Thai contest between Singtongnoi Por Telakun and Kohei “Momotaro” Kodera of Japan. Meanwhile, Lumpinee and Rajadamnern Stadium Champion Panpayak Jitmuangnon of Thailand will face RISE Featherweight Champion Masahide “Crazy Rabbit” Kudo of Japan in a kickboxing match.

Vietnamese-British athlete Michael Pham should have a ton of local support as he competes against Mohamad Fakri Bin Yusoff of Malaysia. The United Kingdom’s Amber Kitchen is set to see action against Viktoria Lipianska of Slovakia. Both of those bouts are Muay Thai contests.

Vietnamese Athletes on the Card?