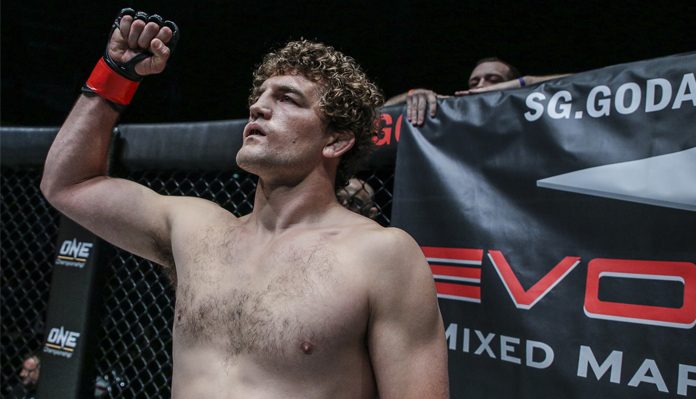 ONE: KINGDOM OF HEROES on October 6 at the Impact Arena in Bangkok, Thailand will feature one of the organization’s biggest promotional debuts. WBC World Super Flyweight Champion Srisaket Sor Rungvisai (46-4-1, 41 KO) will defend his title against Iran “MagnifiKO” Diaz (14-2-3, 6 KO). It will be Srisaket’s first bout under the ONE Championship banner. The bout also represents the first time a boxing match will headline a ONE Championship event.

While Srisaket’s title defense is obviously a major introduction for the organization, it’s not the first huge debut in ONE Championship history. Here are five of the promotion’s biggest debuts: 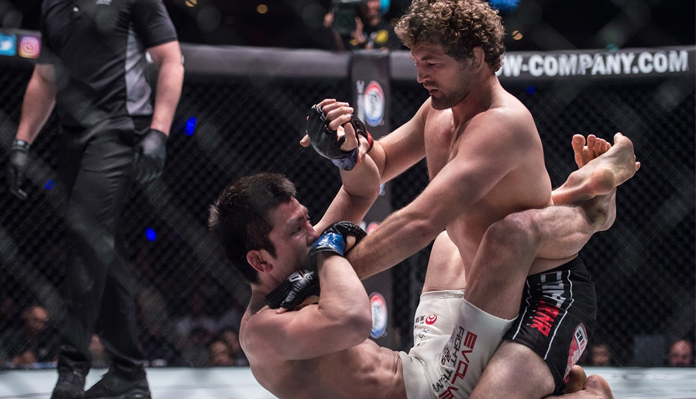 Ben Askren at ONE: HONOR AND GLORY – May 2014 vs. Bakhtiyar Abbasov

He arrived in ONE Championship as an 11-0 standout American wrestler who had already slammed his way through Bellator’s welterweight division. The former NCAA All-American wrestler was already one of the more highly respected martial artists in the world. Despite those lofty expectations, Askren dazzled onlookers at ONE: HONOR AND GLORY.

In the very first round, he used his dominant wrestling and heavy hands from top position to gain an advantageous position. Ultimately, Askren would secure a first-round submission victory via arm-triangle as Abbasov looked overwhelmed and more than happy to tap out to Askren’s tight grip. Askren would go on to win the ONE Welterweight World Championship and walk away from the sport with an unblemished 18-0 record. 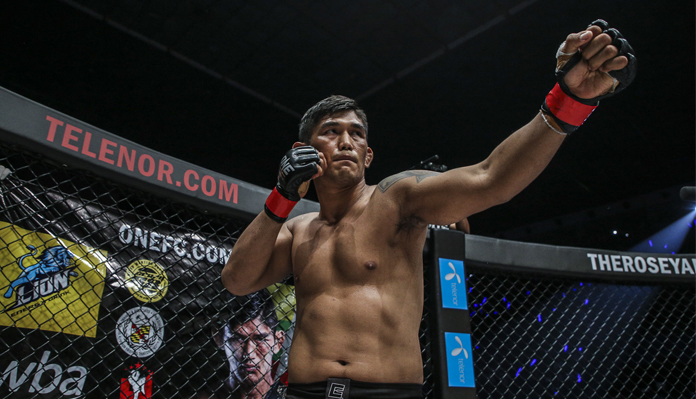 Aung La N Sang at ONE: ERA OF CHAMPIONS – June 2014 vs. Mahmoud Salama

“The Burmese Python” really found himself when he came to ONE Championship. He has compiled a record of 8-1 with the promotion. The journey began at ONE: ERA OF CHAMPIONS when Aung La needed just 66 seconds to defeat Mahmoud Salama via first-round KO.

Memorable finishes would become a major part of Aung La’s legacy with ONE.

Since he debuted, Aung La has won and currently holds the ONE Middleweight World Championship. He has also risen to legendary status in his native Myanmar. Whenever ONE visits Aung La’s country with the champion on the card, the atmosphere is like almost nothing you can find at any martial arts competition in the world. 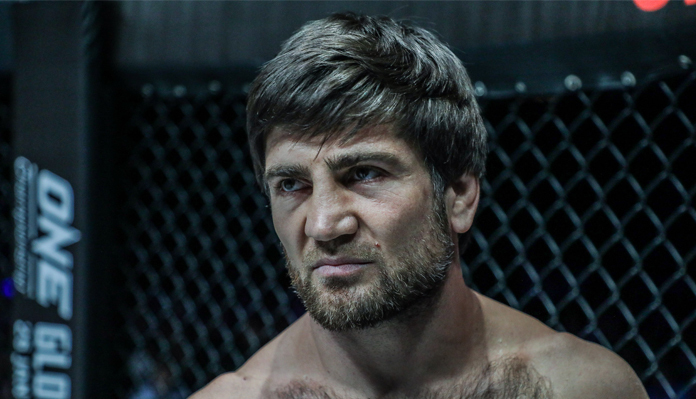 Marat Gafurov at ONE: ROAR OF THE TIGERS – October 2014 vs. Rob Lisita

After a standout run with M-1, Gafurov made his much-anticipated debut with ONE Championship at ONE: ROAR OF TIGERS. A run as the featherweight champion would be in his future after he submitted Martin Nguyen for the interim title and won the undisputed belt in November 2015 with a gutsy win over Narantungalag Jadambaa. With seven finishes to his credit in the promotion, Gafurov has to be considered one of the best featherweights in ONE Championship history. 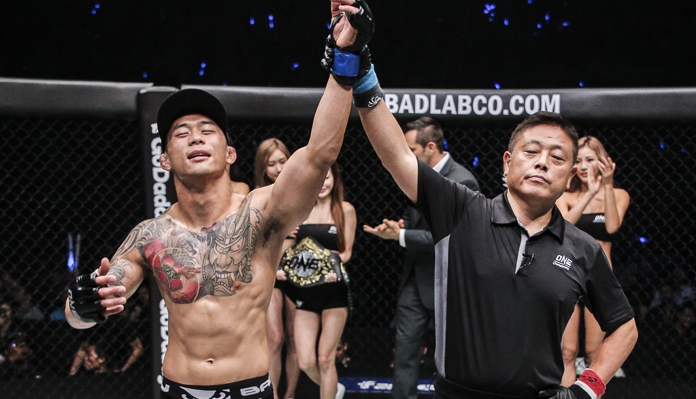 Martin Nguyen at ONE: BATTLE OF THE LIONS – November 2014 vs. Rocky Batolbatol

Ultimately, Martin Nguyen would get his revenge against Marat Gafurov via a KO victory as he was crowned ONE Featherweight World Champion at ONE: QUEST FOR GREATNESS in 2017. However, before Nguyen won his first of two ONE world titles, he made his debut at ONE: BATTLE OF THE LIONS. Nguyen quickly made his presence felt in the organization when he scored a second-round submission win over Rocky Batolbatol. His arrival clearly changed “The Situ-Asian.” 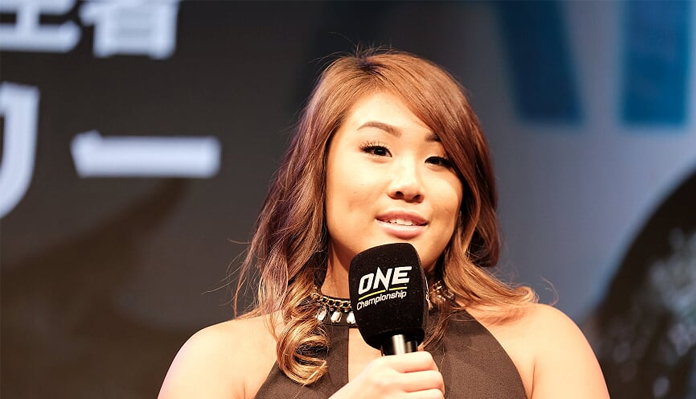 Easily, one of martial arts biggest stars, Angela Lee has done nothing but win since she began her professional career. Her unstoppable run kicked off with making a splash in her ONE Championship debut at ONE: WARRIOR’S QUEST. Lee needed less than two minutes to secure a submission win over Aya Saeid Saber. It wasn’t just Lee’s promotional debut, it was her first pro bout overall. Since then, she has won the atomweight title, and now she is set to challenge for the strawweight belt later this year.