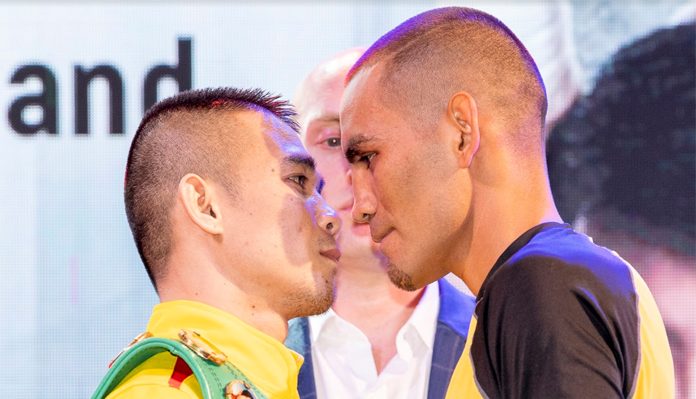 ONE Championship returns to Bangkok, Thailand on Saturday, October 6 for ONE: KINGDOM OF HEROES. There will be a number of intriguing matchups and martial arts styles on display with an especially significant main event featuring WBC Super Flyweight World Champion Srisaket Sor Rungvisai defending his title against Ivan “MagnifKO” Diaz.

The stories of the martial artists and each contest run deep, but the following 10 concepts will get you up to speed on the major points ahead of the event.

For the first time ever, a boxing match will headline a ONE Championship event. Srisaket has compiled a record of 46-4-1 with 41 KO’s as a professional and he has scored victories over Roman “Chocolatito” Gonzalez (twice) and Juan Francisco Estrada to firmly establish himself as one of the best boxers in the world. Diaz, whose record is 14-2-3 with 6 KO is determined to put an end to Srisaket’s reign.

If Srisaket’s other title bouts are any indication, the ONE: KOH main event could be an action-packed affair.

Billions of Viewers From Over 100 Countries

The potential viewing audience for this event is massive. Approximately 1.7 billion potential viewers across 138 countries could tune in to see Srisaket’s title defense as well as the myriad of other examples of martial arts bouts on the card.

How You Can Watch

No matter where you are in the world, you can watch ONE: KOH. The action begins with the prelims. There are eight bouts in total before the main card gets underway.

The prelims will be streamed live on ONE Championship’s Facebook and Twitter page. As for the main card, this and all ONE Championship events are viewable on the ONE Super App, available for download on both iOS and Android mobile platforms.

The bouts begin at 5:30 pm local Bangkok time, where the event is being held.

Aside from Srisaket, who will be making the fourth defense of his title, there is one other championship bout on tap for ONE: KOH.

“Killer Bee” Kai Ting Chuang will be defending her ONE Super Series Kickboxing Atomweight title against Thailand’s Stamp Fairtex. This will be the former’s first title defense since defeating Yodcherry Sityodtong via unanimous decision in the main event of ONE: BATTLE FOR THE HEAVENS in July.

This will be a bit of a road game for the champion, but as someone who has risen from seemingly insurmountable odds in her past, it’s another challenge she will meet head-on. As a baby, Chuang was abandoned by her parents at an orphanage.

Later in life, she only took up boxing as a means to earn a scholarship to take some of the financial load off her grandmother.

That hard work and passion for martial arts has brought her to this point, and the upcoming title defense is her latest impediment to overcome.

ONE History in Bangkok

Up to now, ONE Championship has held four events in Bangkok, Thailand at the Impact Arena. The relationship between the organization and the venue began May 2016 for ONE: KINGDOM OF CHAMPIONS and we’ve seen two events in both 2017 and 2018. It’s likely ONE and Thailand will continue to partner to deliver martial arts action in the years to come.

As usual, this ONE event will feature a number of local martial artists in action. In addition to Srisaket and Stamp, there are five other Thai martial artists scheduled to compete across the prelims and main card.

Presence of a Legend

Srisaket and Chuang are current champions, but it’s important to recognize ONE lightweight contender and former champ and Japanese legend Shinya Aoki. He is one of the most experienced and well-traveled martial artists in the sport. He’ll battle another grizzled veteran with title aspirations in Ev Ting just before the title bouts take place on Saturday. 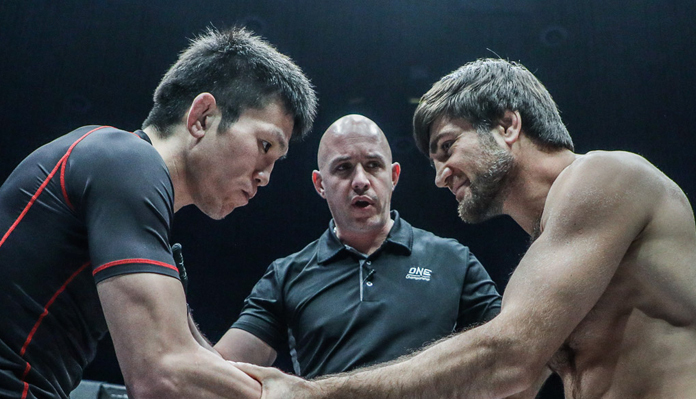 Few martial artists have faced as many top-notch opponents across so many different weight classes in their career–and Aoki is still just 35 years old. He is one of those competitors that you should see compete at least once in your life if you’re a fan of martial arts.

Srisaket hasn’t lost a professional boxing match in more than four years. That’s a span of time that has included 19 bouts. A win over Diaz would push his winning streak to 20.

China’s Chang Xin Fu has won five consecutive bouts heading into his match with Rin Saroth. Fu’s win streak is the longest of any of the competitors on the complete martial arts side.

Potential Jewel on the Prelims

If you’re looking for a bout that is almost sure to supply a wealth of action between two powerful martial artists on the prelims, look no further than the heavyweight kickboxing tilt between Alain Ngalani and Andre Meunier.

Both men have put together an impressive number of finishes with striking in their careers.

A finish seems likely in this one.