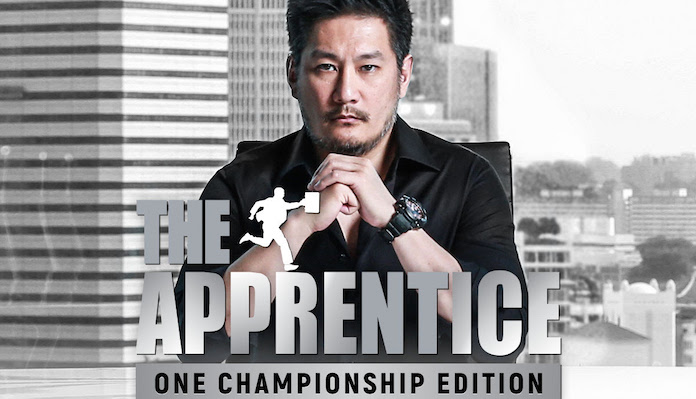 ONE Championship announced Thursday that it will be launching a spinoff of the popular reality television show The Apprentice, under license from MGM Television.

Per a press release from the promotion, The Apprentice: ONE Championship Edition “will feature 16 contestants handpicked from around the world in a high-stakes game of business competitions and physical challenges where the winner will receive a US$250,000 job offer to work for a year directly under Chatri Sityodtong as his protege at the ONE Championship Global Headquarters in Singapore.

“In addition, a total of 12 of Asia’s top CEOs (1 CEO per episode) will be featured as guest judges alongside Sityodtong. The business competitions will focus on a variety of real-world problems and industries. Meanwhile, the physical challenges will be graced by the World Champions from ONE Championship where contestants will aim to outshine them in feats of athletic ability and cardio endurance.

“The Apprentice: ONE Championship Edition will be produced by ONE Championship’s production arm, ONE Studios, and will run on both streaming and linear platforms across the Pan Asian region in the second half of 2020. Specific market-by-market distribution and launch details will be announced at a later date. The program is slated for distribution on major television networks and digital channels worldwide.”

Sityodtong, the CEO and Chairman of ONE Championship, had the following to say about this interesting, new project.

“I am thrilled to announce The Apprentice: ONE Championship Edition as our biggest foray into the non-scripted series genre. This brand new concept brings a completely unique and original dimension to ‘The Apprentice’ with the high-stakes drama of real-life business competitions, coupled with herculean physical challenges, featuring some of Asia’s top CEOs, the world’s greatest martial arts world champions, and A-list celebrities from across the continent. In combining our respective IP and assets, ONE Championship will redefine the non-scripted genre in Asia across scale and scope. The Apprentice: ONE Championship Edition just might be the toughest in the history of all Apprentice shows!”

Will you be tuning in for this new reality television program from ONE Championship?