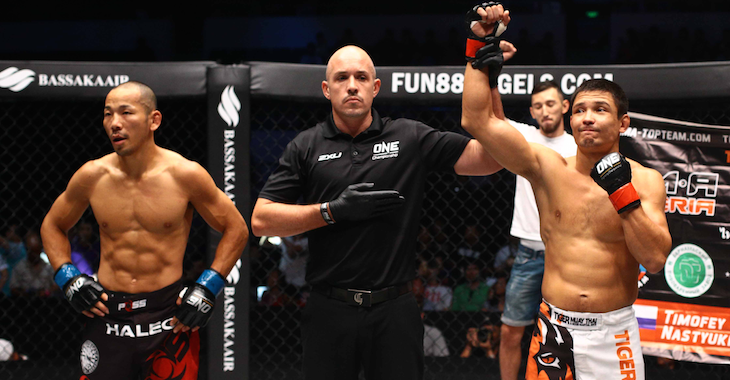 ONE Championship made their return to China with “ONE: Dynasty of Champions”. The card featured two one night tournaments highlighting the flyweight and featherweight divisions.

Tiomofey Nastyukhin was able to knock out Japan’s Yusuke Kawanago in the main event, boosting his record to an impressive 9-1.

Main card:
Timofey Nastyukhin def. Yusuke Kawanago by way of TKO 1:32 of Round 1
Zorobabel Moreira def. Christian Holley by way of Submission (Verbal) :14 of Round 1
Marcos Santana def. Ruel Catalan by way of submission (Guillotine Choke) 2:12 of Round 1