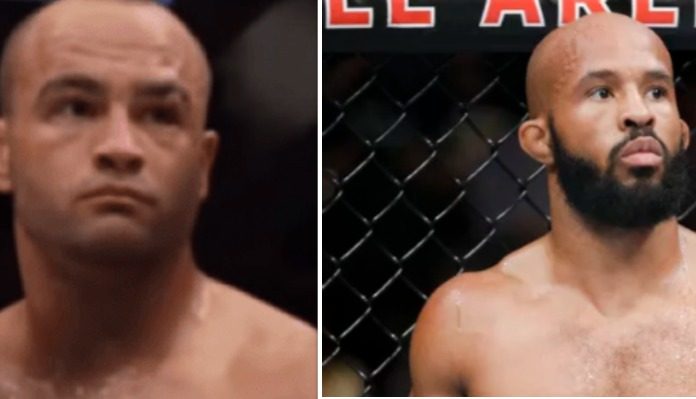 The long-awaited promotional debuts of ONE Championship’s biggest acquisitions to date in former UFC champions Demetrious “Mighty Mouse” Johnson and Eddie Alvarez have been set.

On March 31, ONE will host their inaugural event in Japan as they head to Tokyo for a huge show.

ONE has revealed to The Associated Press (via TSN) that we will be getting three massive title fights accompanied by Eddie Alvarez (29-6) vs Timofey Nastyukhin (12-4) and Demetrious Johnson (27-3-1) vs Yuya “Little Piranha” Wakamatsu (10-3).

Alvarez and Johnson both recently were acquired by ONE from the UFC in the recent months.

For Alvarez, it was through free agency while Johnson was one half of the first ever MMA “trade” as he was swapped for Ben Askren.

Both happen to be coming off of losses to their division’s best and both will now be a part of their respective lightweight and flyweight ONE title tournaments.

As for the title fights, the champion vs champion super fight between strawweight queen Jingnan Xiong (13-1) and undefeated atomweight ruler Angela Lee (9-0) has been remade. The two were supposed to meet at ONE’s big Heart of the Lion event in November. Unfortunately for Lee, she was forced out with an injury.

Among the other two title scraps are some big rematches.

Myanmar’s favorite fighting son, the double champ of the middleweight and light heavyweight division’s Aung La N Sang (24-10) will once again go toe to toe with Ken Hasegawa (16-3-1) in a light heavyweight title bout as they look to replicate the fight of the year magic that they produced their first time around in June.

Then last but not least, announced was also a lightweight title rematch pitting the champion Eduard “Landslide” Folayang (21-6) against the legendary Shinya Aoki (42-8) once again. Folayang bested Aoki by third-round knockout in November 2016.

The craziest part about this card is that these aren’t the only fights that will be on it. If this card is any indication, it should be safe to say that ONE will be bringing the MMA heat in 2019.