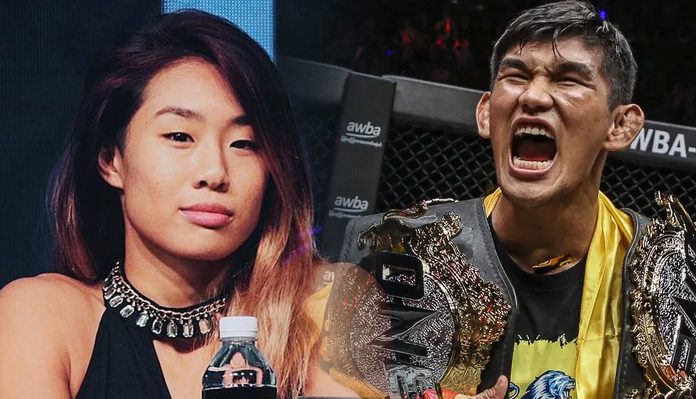 With over 20 exciting events throughout 2018, ONE Championship had its share of memorable bouts. With matches across a variety of disciplines, we’ve taken a look at all of the cards and bouts of the year and selected the following five as the most significant.

We start with ONE: Unstoppable Dreams from May.

This bout was a rematch of a 2016 clash at ONE: Ascent to Power. Lee won that bout via unanimous decision, but the Japanese veteran came prepared to take things to the next level in the rematch.

Yamaguchi accomplished her goal, but she was still unable to gain the nod from the judges. All three judges again saw the match in Lee’s favor. It was a back-and-forth affair but Lee’s superior ground game took control.

While Yamaguchi secured a good amount of top position, she was unable to do much damage with the position and Lee controlled the action when the two women were on their feet.

Here is a look at the match in its entirety:

An argument could be made for Yamaguchi, but no one can argue with this match being considered one of the promotion’s best of the year.

In June at ONE: Spirit of a Warrior in Yangon, Aung La N Sang pulled off one of his three spectacular victories in 2018. It ended with a thud, but the bout was anything but easy for “The Burmese Python”.

Through four-plus rounds, Hasegawa pushed Aung La N Sang with constant pressure as he sought to rip away The Burmese Python’s middleweight title. Unfortunately for Hasegawa, his right eye was nearly swollen shut from eating shots from the champion, and he was badly gassed in the final round.

Aung La N Sang was clearly the fresher man and he took advantage of his compromised opponent. A thunderous right uppercut dropped Hasegawa to his knees and led to a KO victory and another successful title defense in what was a stellar year for Aung La N Sang.

Here is a look at the entire bout:

The ONE welterweight division had been ruled by Ben Askren since the dominant American won the title in 2014. He held the title for 1,517 days. That’s the second-longest world title reign in promotional history behind long-time bantamweight champion Bibiano Fernandes.

When Askren was traded to the UFC for former flyweight champion Demetrious Johnson, the ONE welterweight throne was vacated.

In November at ONE: Warrior’s Dream, Zebaztian Kadestam scored a shocking KO victory over Tyler McGuire to become the new champion. In another gruelling title fight, stamina became an issue. After both Kadestam and McGuire had their moments through the first four-plus rounds, the latter was withering under the former’s pressure.

In the final 40 seconds of the final round, Kadestam caught McGuire retreating with his hands down, and a winging right hand put the American on the canvas for good measure. Kadestam dropped a knee to his face as he followed McGuire to the ground and the referee immediately jumped in to call a halt to the match.

It was a great way to reoccupy the title and a huge win for Kadestam. 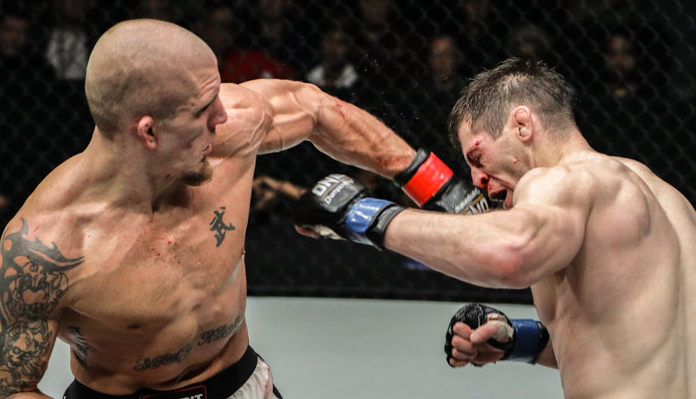 In the ONE debut for the legendary Giorgio Petrosyan, Smokin’ Jo Nattawut wasn’t caught star gazing. Petrosyan won the kickboxing bout via unanimous decision, but he was made to work by the rugged Thai boxer.

Petrosyan was a step ahead for most of the three-round scrap, but Nattawut helped to deliver the highest-quality kickboxing bout of the year for ONE.

You had Petrosyan’s seemingly unrivalled skill competing with Nattawut’s grit, will, and guile. This wasn’t a controversial decision, but we saw enough in this bout to know that Nattawut is someone most fans should want to see again in a ONE ring.

You can see the entire bout below:

In October, and in the first-ever ONE Championship boxing match, the newly signed Srisaket Sor Rungvisai successfully defended his WBC Super Flyweight title by defeating Iran Diaz via unanimous decision.

Srisaket’s ruggedness and relentless approach were on display, but so too was Diaz’s heart and toughness. Over the course of this 12-round bout, Diaz took some shots that would have folded lesser men. Instead of wilting, he stood tall and rarely looked badly affected by the punches that were landing.

Diaz tried to mount his own offense on a number of occasions, and he had some success during the middle rounds. His downfall was a lack of power. While he could find the target for some of his combinations, he couldn’t muster up enough torque to back Srisaket up, much less to hurt or put him down.

In the end, Srisaket walked Diaz down in an action-packed affair that kicked off ONE Championship’s dip into boxing with a positive showing.

Here is a look at the entire match:

It’s been an incredible year for ONE Championship. What was your favorite fight of the year?