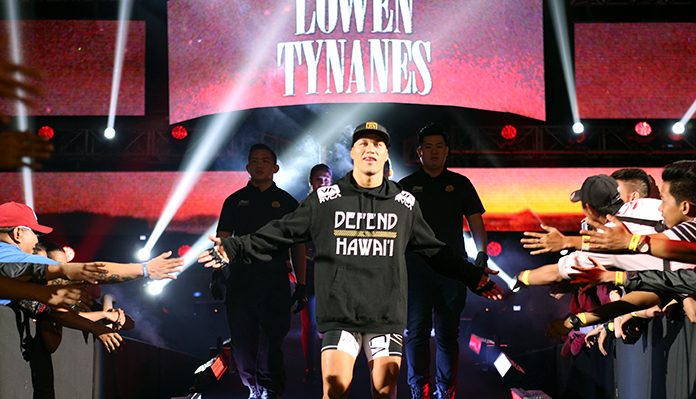 Top ONE Championship lightweight contender Lowen Tynanes is a fearsome competitor in the cage. His stunning perfect professional record of 10-0 is no doubt impressive, but it is the way he garnered all those wins that have been more telling.

Seven of Tynanes’ 10 wins have come by finish, including three knockouts and four submissions. In early January, Tynanes blasted through veteran Honorio Banario to reach the semifinals of the ONE Lightweight World Grand Prix Championship.

It was the Hawaii native’s first appearance after almost three years of his absence in the ring due to several injuries and bout cancellations.

After the first round of the tournament, however, Tynanes was forced to withdraw from the competition due to an illness he and his team discovered discovered. He was diagnosed with a rare condition called Spondyloarthritis.

Tynanes posted on his social media channels that he would be taking a break from the sport to focus on his recovery.

“It has always been in your hands,” Tynanes posted on Instagram, along with a picture of himself at the Waipahu, Hawaii gym. “First time sparring since being diagnosed with an autoimmune disease ‘spondyloarthritis’ still some setbacks but I am scrapping this thing one day at a time.” 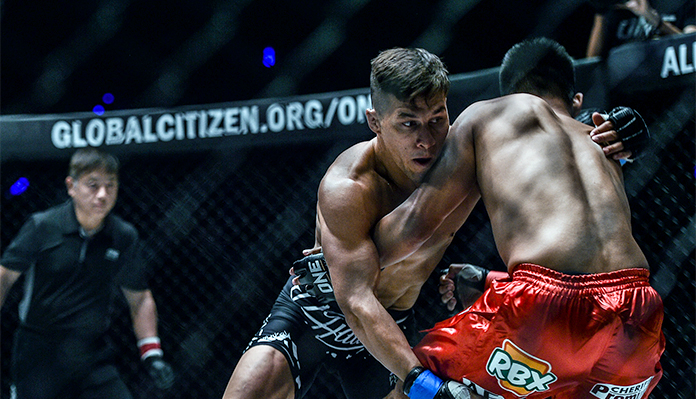 Spondyloarthritis is a type of arthritis that affects the spine and it can also attack other limbs such as arms and legs along with other vital organs like the intestines, eyes, and skin. Most people with this diagnosis suffer from lower back pain and the pain can spread to other parts of the body.

“This has been a bumpy road but I am staying positive!” Tynanes wrote on social media while announcing the news.

“I will fight this just like every other fight: with my heart and soul cause things can always be worse. I am grateful to have so many people supporting me on this journey.”

Growing up, Tynanes has always been inspired by his father who also competed professionally. It was only natural for Tynanes to follow suit. He trained in boxing and wrestling during his high school years, consequently earning a state championship.

After a handful of amateur bouts, Tyananes decided to turn professional. In his debut as a professional athlete, Tynanes claimed victory. The year after that, he went to the Philippines and overpowered veteran Eduard Folayang. He defeated the Filipino with a first-round knockout. 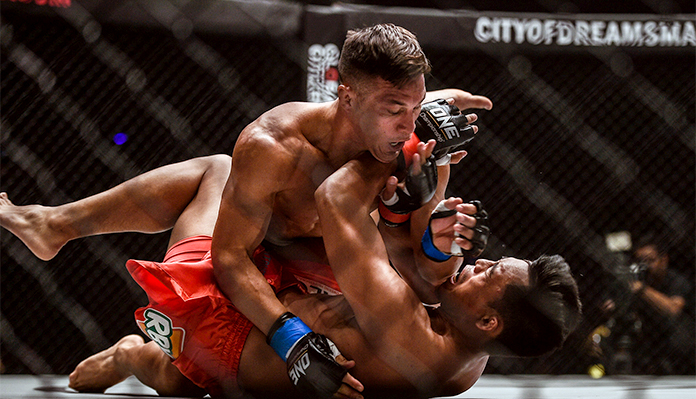 Tynanes then signed a contract and continued his career with ONE Championship.

Tynanes has garnered six victories under the ONE banner and has kept his unbeaten record. With wins over Banario, Koji Ando, Rasul Yakhyaev, Kuat Khamitov, Felipe Enomoto and Vuyisile Colossa, Tynanes has established himself as the dark horse of ONE’s lightweight ranks.

Fans of the Hawaiian powerhouse are eagerly awaiting news of his return. Lowen Tynanes chooses to remain positive despite his condition.

“I will continue to stay positive and appreciate every day, things can always be worse!” he added.

“Much love and appreciation to those reaching out with knowledge and experiences.”