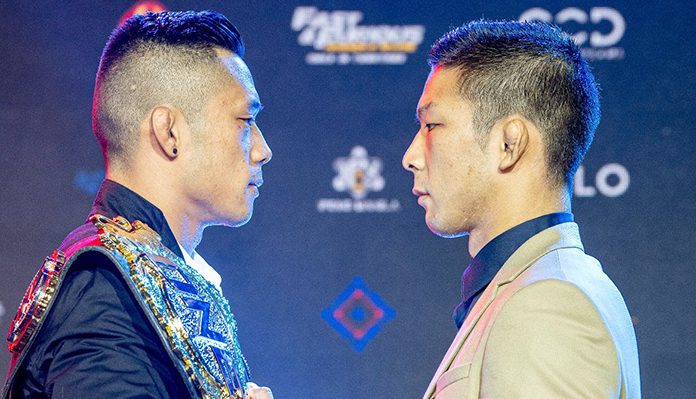 The biggest event in Philippine martial arts history took off with a face-off from ONE Championship’s biggest stars at the official ONE: Dawn of Heroes kick-off press conference held at the City of Dreams Manila in Pasay City, Philippines last Tuesday afternoon.

With ONE: Dawn of Heroes taking place this Friday, 2 August, it was only right for ONE to host one of its most impressive press conferences to date.

To set the mood, ONE Championship Chairman and CEO Chatri Sityodtong gave an enthusiastic speech ahead of one of the biggest ONE events of 2019.

“This is without a doubt the greatest event in Philippine martial arts history. If you are a Filipino anywhere in the world, you do not want to miss Friday night,” he said.

Sityodtong highlighted the match between multiple-time lightweight world champion Eddie “The Underground King” Alvarez and two-time ONE Lightweight World Champion Eduard “Landslide” Folayang as one he is personally looking forward to. 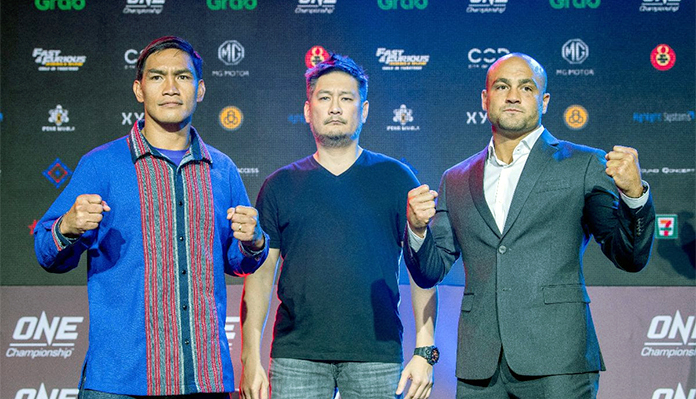 “On a personal note, I am so excited for Eduard Folayang versus Eddie Alvarez, genuinely two of the greatest martial artists on the planet, two incredible legends with storied careers, and such incredible human beings,” Sityodtong said.

When it was Alvarez’ turn at the podium, the American legend gave his thoughts on the upcoming bout and sharing the stage with a Filipino icon.

“I respect Eduard. I respect everything he’s done not just as a fighter, but also as a human being for his community,” said Alvarez, who hungry to bounce back after coming up short in his ONE debut back in March.

“This is what this sport is all about. It’s beyond what goes on in the Circle.

“In the movies, heroes always prevail. The nemesis loses, he goes home and everybody’s happy. Unfortunately, that’s not the story here. You picked the wrong guy at the wrong time. I love you Manila. I respect you, Eduard. Let’s have some fun,” Alvarez added.

Folayang also shared how he felt about losing his title back in March and what this match against Alvarez means to him.

“He (Alvarez) is one of those athletes that I spent a lot of time watching before,” said Folayang.

“He says this isn’t the right time, but I believe it’s God’s time. It’s a huge honor for me to be able to test my skills against him.

“My preparations have gone well. I lost my belt last March, that chapter of my career has closed. It’s time to write another chapter of my journey,” Folayang continued. 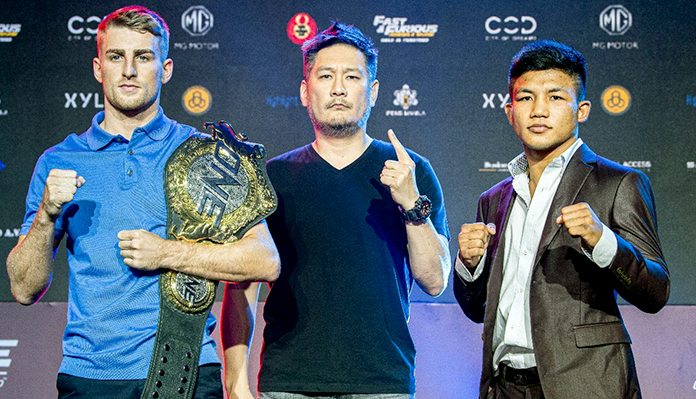 In the main event of ONE: Dawn of Heroes, reigning and defending ONE Featherweight World Champion Martin “The Situ-Asian” Nguyen takes on Japanese Koyomi “Moushigo” Matsushima. In the co-main event, ONE Flyweight Muay Thai World Champion Jonathan “The General” Haggerty will defend his golden strap against the man he called out, Rodtang “The Iron Man” Jitmuangnon in an action-packed match poised to leave the audience on the edge of their seats.

“I’m very much looking forward to taking on Tatsumitsu Wada. It’s the second round of the ONE Flyweight World Grand Prix,” said Johnson.

“I’m sure I’m going to battle a little adversity. I’ve been down on the scorecards before, but I keep on pushing through. I look forward to entertaining you all on Friday night.”

Which bout on the ONE: Dawn of Heroes bill are you most excited for?