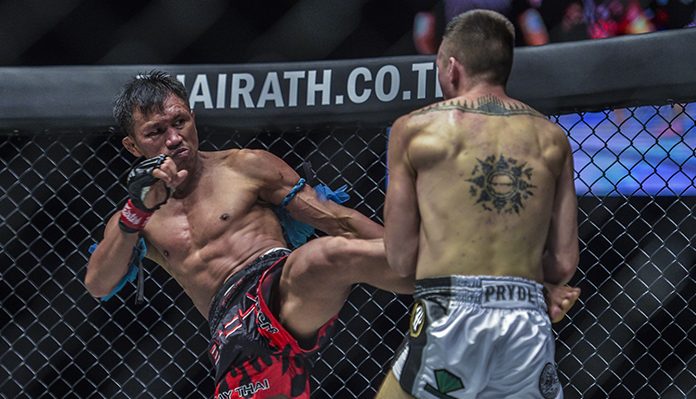 No one in the know would dispute a claim that Singtongnoi Por Telakun is one of the greatest Muay Thai kickboxers of his era. His record of 220-80 speaks for itself, and the multiple world championships he’s won only further validate his position as an all-time great.

As spectacular as his accomplishments in competition are, those battles pale in comparison to his victory outside of the ring. Singtongnoi Por Telakun is a cancer survivor, and when you roll his entire story into one complex thought, it is among the most inspirational you’ll ever hear.

In May 2018, three years after he retired from active competition, Singtongnoi made a triumphant comeback to the ring.

At ONE: Unstoppable Dreams in Singapore. He scored a thrilling victory via second-round TKO over Joseph Lasiri to reaffirm his status as one of the best kickboxers in the world. At 37 years old, Singtongnoi showed very little ring rust, and he was able to handle the younger and more active competitor with little difficulty.

Singtongnoi’s love for kickboxing began at an early age. He is the oldest of three siblings, and his family comes from Nakhon Ratchasima in Thailand. He was raised in poverty, and his parents worked on a local farm and were paid very little. Thus, before he’d endured trials as an adult, Singtongnoi had been taught how to overcome hardships early in life.

As the oldest of his siblings, he was given more responsibility in a household that required the children to assist the parents in making ends meet.

“I would help out to lighten my parents’ workload,” he explains.

“Life was tough from what I saw. My mom had to wake up at 5am every day to make food for the rest of the family. After that, she would leave for work at 8am, and return at around 5 or 6pm. I would see her exhausted, coming home tired every day. I felt sorry for her.”

As Singtongnoi got older and began to discover his talent for Muay Thai, he realized he could help his family out financially by pursuing it as a career, and not just a passion. His father, Kiew, introduced him to the sport and had been a practitioner of the Art of the Eight Limbs.

When he started his training, he was just 10 years old. Because his family didn’t have much money, Kiew used a bag of fertilizer on a tamarind tree as a heavy bag for Singtongnoi. As Singtongnoi began to show talent and potential, Kiew sacrificed and sent him to a training camp where he could receive more professional and in-depth training.

“Going into camp for the first time, I was scared and shy. But when I saw the famous fighters training, I wanted to be like them,” Singtongnoi says.

“It was a mix of fear, excitement, and nervousness. Once I started getting good, I started to make a name for myself, and began to believe that I had a future in Muay Thai.” 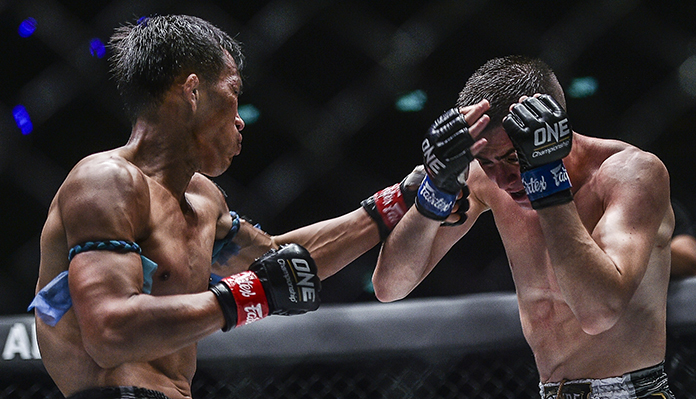 Singtongnoi was always considered loyal, hardworking, and devoted to his craft. In many ways, his days of early training sound very similar to ONE Bantamweight World Champion Bibiano Fernandes.

As Singtongnoi continued to improve, he’d ultimately find himself at the iconic Lumpinee Stadium World Championship. This venue is a place where the most elite kickboxers in Thailand compete, and most of them have had their share of successes in the hallowed arena. Success at Lumpinee was accompanied by titles at WMC Muay Thai World Championships, and he also won the Rajadamnern Stadium Fighter Of The Year Award.

With the money he earned from Muay Thai excellence, Singtongnoi helped his family to escape poverty.

“My dad is crazy about Muay Thai, so he was very happy that I was able to become a world champion,” he explains.

“My mom would also come visit me in camp often, almost every day when I first moved there. I was lucky to have the support from my parents. It meant a lot to me.”

Singtongnoi had been competing for a  while, and he suffered a rib injury in a 2015 bout. The recovery was a long one, and he decided to retire.

For some combat sports athletes, that decision would be a common and easy one to make and maintain. However, Singtongnoi had accumulated a lot of debts along the way, and he found himself back near the poverty level again. He’d gone from world champion Muay Thai practitioner to selling goat’s milk at local festivals in his hometown to earn enough money to survive.

Thankfully, he was contacted by Evolve MMA and invited to relocate to Singapore where he could work as an instructor in the gym.

“I suddenly had so much hope,” says Singtongnoi, now a father of two.

“I could now see a bright future, and know that my kids’ futures would be better.” 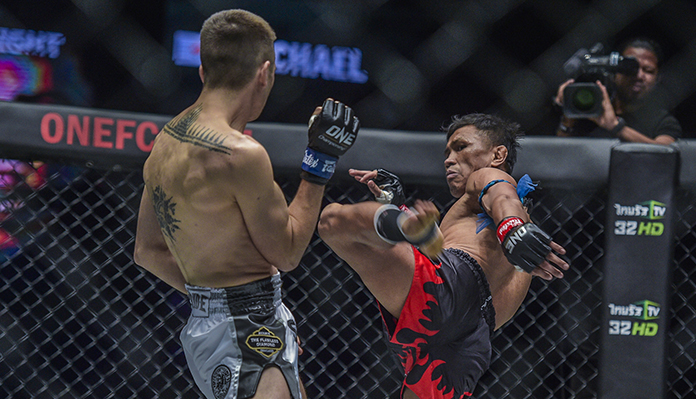 Singtongnoi took the job and had acquired enough financial stability, but a life-changing blow was on its way. In August 2016, he was diagnosed with cancer. He had a tumor in his nasal cavity that threatened his life.

“From having a bright, perfect future with many plans, as soon as the doctor told me I had cancer, they all disappeared. I thought I was going to die, for sure,” the Thai admits.

The treatment for the disease was hard. He could barely eat, and he lost 5kg. His energy was low, and the entire ordeal did a number on him mentally.

“There were points during my treatment where I wanted to quit,” he continues.

“But what made me fight was thinking about my children’s future and the people that I loved. I could not quit, as I had to fight for them.”

He went through 36 sessions of radiation therapy and seven sessions of chemotherapy, and finally, his doctor declared him cancer-free.

Having made it back from all of that, Singtongnoi didn’t just return to training. With a new lease on life, he wanted to compete again.

While he won his return bout, he dropped a unanimous decision in his next match at ONE: Warriors of Light in May against Savvas Michael. Surely a man who has already overcome so much won’t be deterred by a defeat.