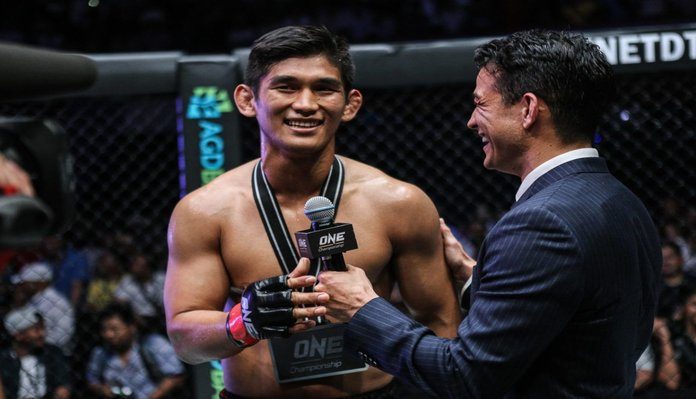 It is instinctive for people to look for someone to idolize, look up to and imitate. Someone from whom they draw strength and inspiration from, to go on with their lives towards where they want to go and what they want to be.

This is the reason why people look up to the rich and famous, celebrities who grace the celluloid movie screens, athletes who have made names and millions, wealthy business tycoons, and the list goes on and on.

Aung La N Sang might be an ordinary mixed martial arts athlete in the eyes of many in the world, but he is extremely revered by over 52 million people as a hero in Myanmar.

A national treasure like Nobel Peace Prize winner Aung San Suu Kyi in his motherland, the whole country stands still each time that Aung La N Sang steps inside the ONE Championship cage.

Aung La N Sang’s superstar status has been published in every mainstream newspaper in Myanmar, and he has been a regular staple on each household’s television screen.

On the day of his bout, all walks of life unite in support of Aung La N Sang, which he then compensates with a sweet victory.

In his battles on the ONE Championship stage, Aung La N Sang admitted that his countrymen are his source of strength and his inspiration to win every match.

“I feel very honored to be able to represent my people. They love the sport. I am very surprised at how much support I get from the people. They are my inspiration every time that I compete,” he said.

“Myanmar is my mother. It’s the country that made me who I am today. I will try my best to be a positive role model to everyone. There is no greater feeling than performing for all of my people. I am truly honored for this opportunity,” Aung La N Sang added.

Aung La N Sang’s name will never be forgotten after an exceptional run as a mixed martial artist under the ONE Championship banner.

As his popularity and commercial clout have grown in tandem with his rise up the mixed martial arts ranks, Aung La N Sang stressed that he wanted his fame and his success in the cage to help unify and inspire a nation like Myanmar.

“I hope to be an inspiration to the people of Myanmar. This is for them. It feels like I am very blessed and hopefully I can bring blessings to other people as well,” he asserted.

Even though Aung La N Sang left the country with his parents at a very young age and spent his teenage years and adulthood in the United States, Myanmar will always hold a special place in his heart. 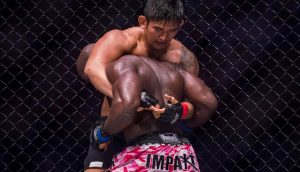 Chatri Sityodtong, ONE Championship’s Chairman and CEO, stressed that Aung La N Sang’s achievement represents a foothold for mixed martial arts in Myanmar as it is the company’s strategy to build local homegrown Asian martial arts heroes from the grassroots level.

“Aung La N Sang commands a superstar presence in Yangon. The people just adore him. Whenever Aung La N Sang shows up anywhere in Myanmar, expect a massive throng of passionate fans. It’s actually incredible to witness. When he performs in Yangon, the cheers blow the roof off the stadium. In Yangon, Aung La N Sang is a bonafide superhero,” Sityodtong discussed.

“Since we have decided to focus on developing Myanmar, there is no doubt a sharp increase in the sport’s popularity in the country. Not just that, but traditional Lethwei practitioners as well. A lot of Myanmar’s top Lethwei competitors are now training in mixed martial arts, and it is such a wonderful feeling to have had an influence in that,” the promotion’s head honcho further bared.

Sityodtong believes that the people of Myanmar have found a deeper meaning in Aung La N Sang’s professional career.

“Aung La N Sang has single-handedly made mixed martial arts one of the most popular sports today in Myanmar. His presence just oozes with superstar quality, and the fans just love him. He represents what it means to be a true warrior. His backstory is compelling and completely relatable to fans in Myanmar,” Sityodtong explained.

Now a celebrated two-division world champion in the forever-expanding landscape of mixed martial arts, Aung La N Sang stressed that the work to bring Myanmar into a well-deserved prominence around the globe is not yet over.

“If I can inspire at least one person, one child, to know that anything is possible in this world, then I have done my job as a martial artist,” he declared.

“Martial arts isn’t just about fighting. It’s about giving back to the world that has given you life. I’m doing this for my people, and when I fight for my people, nothing is ever difficult,” Aung La N Sang continued.

Aung La N Sang returns to action on October 26 as he is set to defend his ONE Middleweight World Championship against Lebanon’s Mohammad ‘O Lutador’ Karaki in the main event of ONE: PURSUIT OF GREATNESS, which takes place at the Thuwunna Indoor Stadium in Yangon, Myanmar.