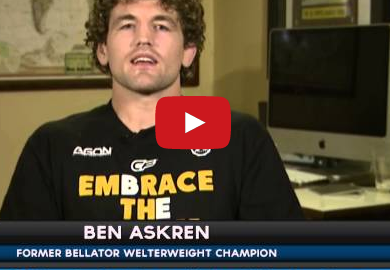 Ben Askren was a guest on “Inside MMA” which airs on AXS TV and began to talk about how he believes the UFC is monopolizing the mixed martial arts industry.

He ranted, “The UFC has had quite the monopoly the last handful of years but really, if they don’t change their tune they’re going to start losing some fans. Bellator is gaining ground on them rapidly, ONE FC is rapidly expanding the Asian market—” and that’s when “Inside MMA” host Kenny Rice interjected himself.

“Ok Ben! Thanks, Ben! We gotta close down the soap-box! Thanks for your time!” When Askren claimed they could not cut him off, Rice responded, “Yeah, we can! We just did!”

Was this called for? Should Askren have been cut off like that while trying to state his opinion or was Kenny Rice doing his job by ending the segment? Share your thoughts in the comment section below!