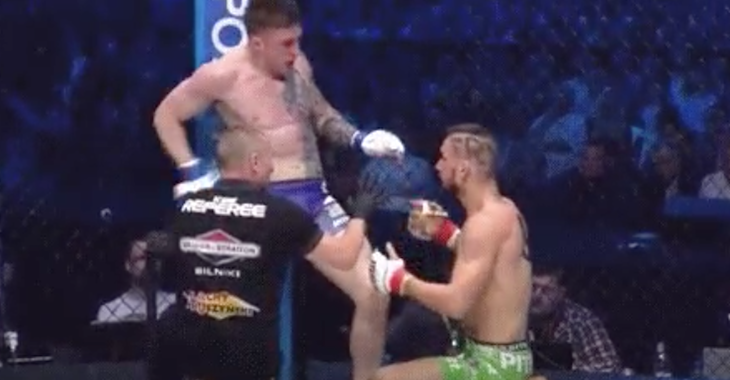 The highly anticipated fight was unfortunately stopped after Norman Parke found himself on the receiving end of a brutal eye-poke in round two.

Following the foul, the referee ended the bout ruling the fight a no-contest due to an accidental eye poke.

After the referee’s ruling, Parke pushed one of Gamrot’s teammates which resulted in a brutal sucker punch being thrown by a cornerman.

Check out the disgusting act below:

#KSW40 some of the scenes just now pic.twitter.com/3jIsX5YYU8

Obviously the bad blood between Norman Parke and Mateusz Gamrot is now more intense than ever before.

The pair could likely meet in a trilogy bout next year after today’s unfortunate incidents.