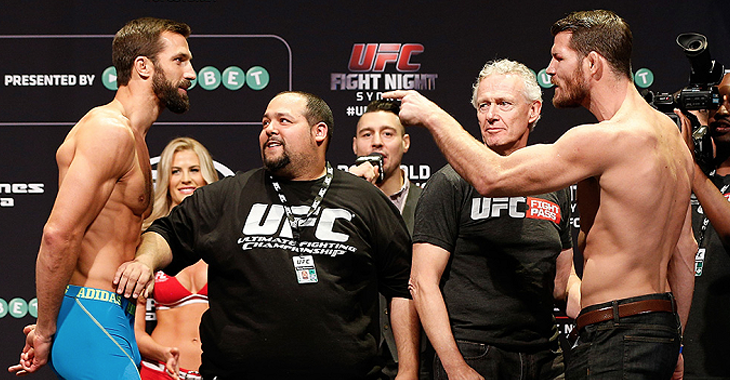 Michael Bisping will get his chance to become a UFC world champion on June 4 when he challenges middleweight champion Luke Rockhold at UFC 199.

Bisping knows that this may be his only chance at UFC gold and accepting the fight with just over two weeks notice, he is ready to realize his dream by beating the champ who he is not very fond of.

“He’s a smug a**hole, let’s be honest,” Bisping said to Ariel Helwani on Monday’s edition of The MMA Hour (transcribed by MMA Fighting). … “Luke Rockhold owns a victory over me. I want to rectify that. I want to set the record straight. So yes, I want to be the victor. I want to be the world champion. But I also want to beat Luke Rockhold. It is personal for me. And when I look at him, I just want to knock that smug look off his face. I really do. Because you’ve never seen somebody that walks around so smug. He’s just the biggest, smuggest prick you’ve ever seen in your life. I would love another opportunity to punch that guy in the face. And to be world champion at the same time? Where do I sign up?”

The fight on June 4 will be 20 days ahead of Bisping’s 10th year anniversary debuting in the Octagon at the Ultimate Fighter 3 Finale back in 2006 and says he is more than ready to finally become a UFC champion.

Who are you picking in the middleweight title fight? Share your pick with us in the comment section!