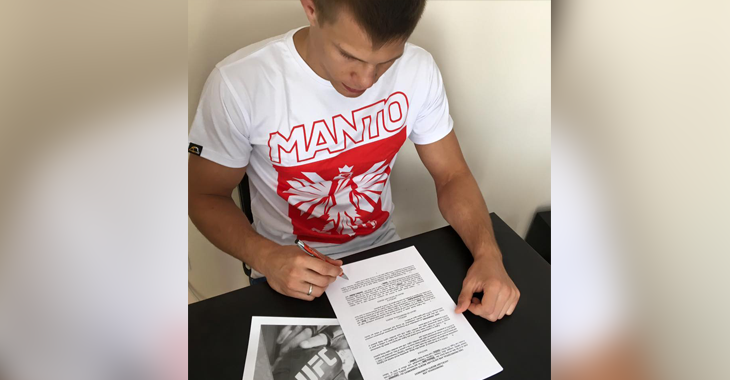 Former Bellator lightweight title challenger Marcin Held has signed with the UFC, according to the Polish fighter’s Facebook page.

“I want to announce that I am officially the UFC fighter!” Held wrote. “I hope you like this change and you will watch my next fight(s). Thanks for everyone who kept (their) fingers crossed. I (will) start climbing to the top.”

The Polish leg-lock specialist carries an impressive 22-4 record with him as he prepares to enter the UFC’s Octagon, having won 12 of those wins by submission. Held won season ten of Bellator’s lightweight tournament after defeating Patricky Freire back in 2014.

Held dropped a unanimous decision to former Bellator lightweight champion and fellow defector to the UFC Will Brooks before evening the score with Dave Jansen with a decision victory this past May.

Prior to his loss to Brooks, Held had rattled off six wins in a row under the Bellator banner. No opponent has been announced for Held as of Tuesday’s signing.