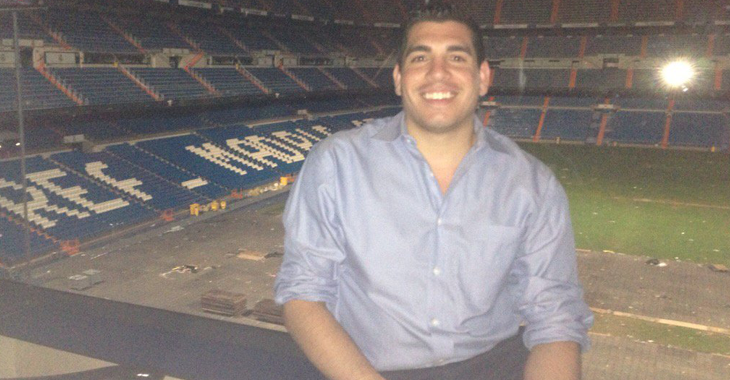 UPDATE:
Late Tuesday, Kenny Florian posted a tragic update through his social media channels that his brother Kirk Andrew Florian has passed away. The heartbreaking news came after an initial social media post from Kenny earlier on Tuesday reaching out to anyone with information on his missing brother.

Florian posted the following update on his social media channels:

“Always loving. Always loved. Always my little brother Kiki. Kirk Andrew Florian 6/22/83-9/11/16. Thank you all for sharing his picture/information. Go tell your loved ones that you love them.”

Always loving. Always loved. Always my little brother Kiki. Kirk Andrew Florian 6/22/83-9/11/16. Thank you all for sharing his picture/information. Go tell your loved ones that you love them.

Our condolences go out to Kenny Florian, his family, and friends of Kirk during this very unfortunate time.

Some alarming news has hit the MMA community when it was revealed by former title contender, current UFC analyst and commentator, Kenny Florian, that his brother Kirk Andrew Florian has been reported missing since September 10.

Kenny’s brother, Keith, who has been a familiar face alongside Kenny and his professional fighting career retweeted the message. Kenny and brother Keith are two of the four professors that teach at their Florian Martial Arts Center in Brookline, MA.

According to Mixed Martial Arts, Kirk holds a 3-0 record as an amateur fighter.

Back in 2008, Kenny wrote about Kirk’s first fight in an On The Mat Newsletter.

“My brother Kirk competed in his first MMA fight a few weeks ago,” Kenny wrote. “He fought a tough opponent and in the Florian tradition fought up a weight class or two. He showed a good all around game, but ultimately won the fight on the ground by rear naked choke in the first round. Great job Kirk. You made us proud!!”

BJPENN.COM wants to let the Florian family know that our thoughts are with them and wish for a quick and safe recovery of Kirk. Please help and share this message to spread the word of Kirk Andrew Florian’s missing status.