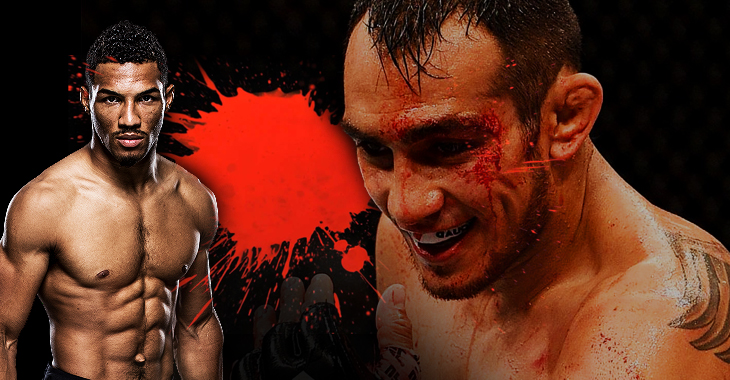 There has been an endless stream of trash talk since Tony Ferguson and Kevin Lee were booked to fight. Actually, it was even before that when the war of words started. After his quick win over Michael Chiesa, Lee already started digging into Ferguson in their post-fight interview live on the air. As wild as the verbal battle has been, the physical fight between the two is sure to be even better… and very violent.

“Nah, nah [Khabib Nurmagomedov isn’t going to fight one of us]. I think he’s gonna’ sit out for as long as he can. I mean, he’s a b-tch. I mean, what can I expect? He’s gon’ do b-tch sh-t. So, nah, of course not. No time soon. After this one, I’m telling [Nurmagomedov] to show up in Detroit. Like, even after this one. I’ll do this one, I’l defend the title against him in Detrioit, then I’ll really make the money fight happen with Conor [McGregor] fight happen. So, I’m calling him out now, I still got a fight coming up, I bet you he still don’t show up.” – Kevin Lee speaking to MMA Latest.

Once you get Kevin Lee going, it’s hard to stop him. He targeted Khabib Nurmagomedov and Conor McGregor after dictating his bloody plans for Ferguson. It’s not the first time he’s called out Khabib for UFC 218, or set his sights on McGregor. His three-fight plan just may work, but first he has to get passed the current UFC lightweight boogeyman. Lee and Ferguson fight for the interim lightweight title at UFC 216 on October 7th.