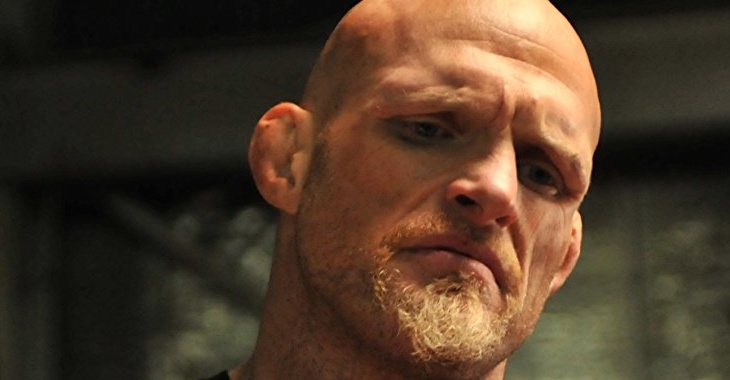 If you’ve been watching MMA for the last ten years, then you know exactly who Keith Jardine is. One of the Light Heavyweight division’s most recognizable fighters, Jardine has been retired from fighting since 2012 after losing a bout to Roger Gracie in Strikeforce. During his time in one of the most prestigious divisions in the Ultimate Fighting Championship’s history, Jardine was able to get his biggest wins over the former champions in Chuck Liddell and Forrest Griffin.

Jardine dabbled into acting a bit by appearing in movies like Gamer and Crank: High Voltage while he was at the peak of his MMA career, but never gave it as much commitment as he is now. Jardine spoke with MMA Fighting about his newfound career and how different it is from fighting.

“This is way more competitive than fighting ever was. There’s a lot more people trying to be actors who went to school, that go to Broadway and chase different methods of learning. The talent pool is a lot deeper than it is in fighting.”

“The challenge of going into an audition, at first it was almost identical as going into a fight week for me,” he said. “You walk into a hallway with all these other people trying to do the same thing, trying to pay their rent by competing with you for it. It’s the same feeling. It’s the same nerves. You have this one room you walk into; you have one shot to impress. If they see an ounce of nerves or weakness, you’re done. You’re fried. In fighting, you can fake it first. No matter how nervous you are, you get hit a couple times and then it becomes a fight. Acting is like you’re naked in that audition room. Whatever weakness you’re showing is going to be apparent. They’re trained to see it.”

“I have as much passion for this as I ever did for fighting,” he said. “I don’t want to be a coach. I like helping guys learn, but that’s not for me. Here’s an opportunity to do something I really love and I’m passionate about. Even if I had to be poor doing it, then I’ll be that. It’s better than doing something I’m miserable at. It’s just like in fighting, there’s an easy way and a hard way. The hard way is usually the better way, and it usually pays off in the end.”

Jardine still trains occasionally and helps his fiance, UFC Strawweight, Jodie Esquibel with her fight preps, but he’s turned a new leaf and is enjoying his new path. And for that, one can’t help but with the best for the innovator of the “herky-jerky” style he fought with.