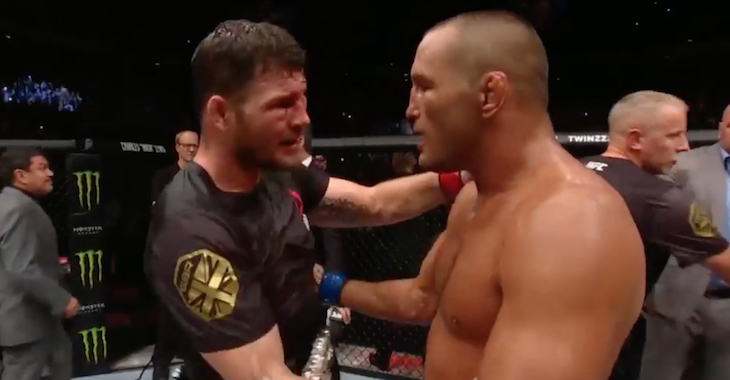 In August, the Association of Boxing Commissions and Combative Sports (ABC) held its annual conference in Las Vegas, Nevada. At this conference, the association approved some fairly major changes to MMA’s Unified Rules. Perhaps the most significant of these changes pertain to the language of MMA’s rather archaic scoring system. Good news, considering scoring controversies – like the one we saw in UFC 204’s main event – seem to generate headlines nearly every week. According to an August report from MMAFighting.com, these changes in language emphasize that effective striking and grappling should be held as the most important factor in the scoring of a fight. If two fighters reach a stalemate in this department, judges should then, and only then assess effective aggression. Finally, if two fighters are even in terms of effective striking and grappling and effective aggression, judges should assess cage control in order to determine the round’s winner.

The new language of MMA’s Unified rules also loosen the criteria for 10-8 rounds. When scoring rounds, judges are expected to keep their eyes peeled for three things: dominance, duration and impact. If a fighter achieves two of these things, judges should consider awarding them a 10-8 round. If a fighter manages to achieve all three of these things in a given round, a 10-8 must be awarded to that fighter. These new rules will take effect on the first day of the new year, and with a little luck, will reduce the frequency of debatable decisions.

Do you think we’ll see fewer contentious decision victories when these rules take effect? Sound off in the comments, PENN nation!