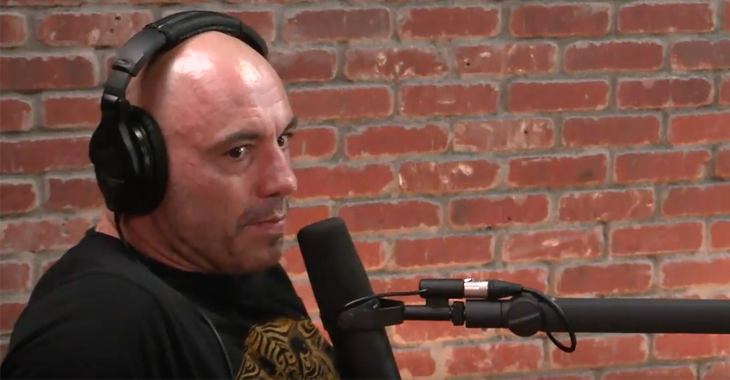 Yesterday evening, we learned that Tony Ferguson had been forced out of his UFC 223 showdown with Khabib Nurmagomedov with a freak leg injury, and that UFC featherweight champ Max Holloway would be moving up a weight class to replace him on just six days notice. Less than 24 hours after this news broke, we’re all still trying to wrap our heads around it. UFC color commentator Joe Rogan is no exception to that.

On Monday morning—once he was sure this whole ordeal wasn’t some elaborate April Fools prank—Rogan posted to Twitter to give his thoughts on the matter. He, like most of us, is heartbroken. That said, he expects his heartbreak to give way to excitement, as he gradually stops mourning the loss of Ferguson vs. Nurmagomedov, and anticipating a truly insane matchup in Nurmagomedov vs. Holloway.

I didn’t want to comment yesterday on the faintest chance that this was all just an elaborate April fools joke, but here we are folks. Both amazing and bittersweet at the same time. I’m sure by Saturday I’ll be over my heartbreak and beyond pumped for this fight. https://t.co/7Hu8a2Eebx

“I didn’t want to comment yesterday on the faintest chance that this was all just an elaborate April fools joke, but here we are folks,” Rogan said in his reaction to this wild turn of events. “Both amazing and bittersweet at the same time. I’m sure by Saturday I’ll be over my heartbreak and beyond pumped for this fight.”

Khabib Nurmagomedov will enter the UFC 223 main event with a 25-0 professional record, having never been defeated as a professional fighter. His last nine wins have occurred in the UFC’s Octagon, where he’s thwarted game opposition such as Thiago Tavares, Abel Trujillo, Rafael dos Anjos, Michael Johnson and Edson Barboza.

Holloway, meanwhile, is on a crazy, 12-fight streak of his own. Highlights of this run include dominant defeats of Andre Fili, Akira Corassani, Cub Swanson, Charles Oliveira, Jeremy Stephens, Ricardo Lamas, Anthony Pettis, and featherweight legend Jose Aldo (twice). His overall record stands at an impressive 19-3.

What do you think of Joe Rogan’s take on the UFC 223 main event madness?