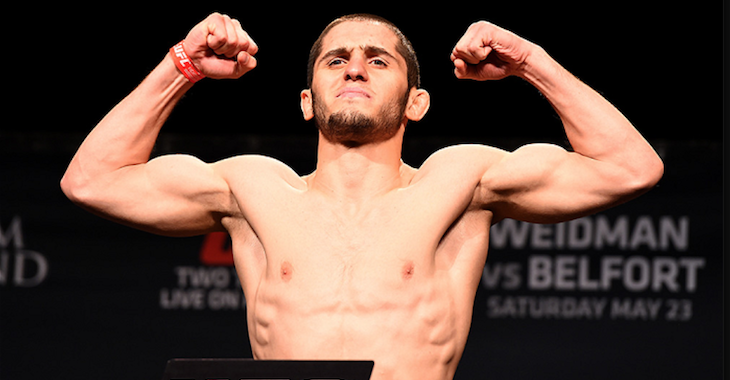 On Wednesday, USADA released a statement that Islam Makhachev was ruled with a ‘No Fault’ for his Meldonium Anti-Doping Policy Violation.

Makhachev tested positive for the prohibited substance Meldonium, “which was determined to have been ingested by him without fault or negligence.”

Makhachev tested positive for the banned substance from a sample collected on April 4, 2016, and was pulled from his UFC on FOX 19 scheduled fight a day prior to the event.

According to the statement, “During USADA’s investigation of the case, it was discovered that Makhachev underwent a radiofrequency ablation procedure for frequent ventricular arrhythmia in December of 2014. In November of 2015, Makhachev’s physician recommended that Makhachev incorporate meldonium, a non-prescription medication, into his follow-up treatment plan and as a preventative measure against a potential relapse. Makhachev then used meldonium for four weeks, from late November to late December 2015. USADA confirmed that Makhachev discontinued use of the substance prior to January 1, 2016, because he was aware that the substance would be added to the WADA Prohibited List and banned under the UFC Anti-Doping Program.”

After the case was examined, USADA ruled that Makhachev’s levels of Meldonium were consistent with his explanation and will not face any further period of ineligibility from fighting for this case.