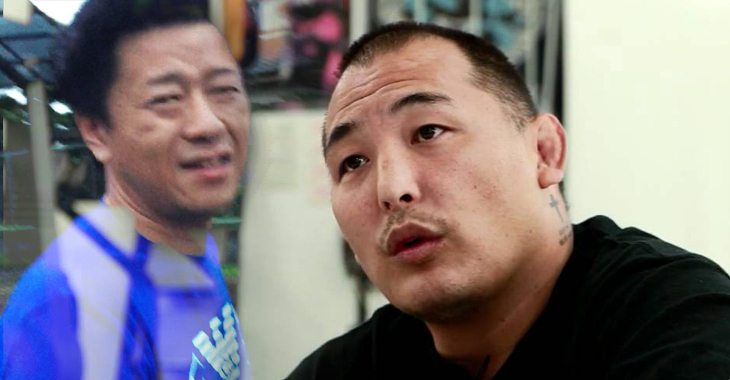 Do you remember those sketches from The Chappelle Show called, When Keeping it Real Goes Wrong? They were not only hilarious to watch, but a lesson for the wise to remember and take with them in their daily lives. You never know when you could step to the wrong person. No matter how big and bad you think you are, chances are there is always someone bigger and badder and maybe even trained in the art of hand-to-hand combat. Imagine getting so pissed off at someone in traffic, that you follow them home. Now picture that the person you’re going to confront steps out and — not only are they a 210-pound tank of a man — it’s Pride Fighting Championships veteran, Enson Inoue.

Check out this loser. Blasted his horn at me, I turned, and followed me to my house.
He parked his car down the… https://t.co/OK2RRHoBES

“Check out this loser. Blasted his horn at me, I turned, and followed me to my house. He parked his car down the street, got out and was walking towards my house until he saw me get out of my car. He then stopped and seemed to hesitate in what to do when I began walking towards him. He then began to apologize as I asked him what he was planning to do by coming here. He’s the type of guy that would scare and scream at someone weaker. Today, he picked the wrong car. I could see he was scared sh-tless and regretted his choice so I decided to accept his apology and let him go home. Hope he thinks twice before behaving the way he did again.” — Enson Inoue on his official Facebook.

As fun as it would be to watch a video of a guy who has a win over Randy Couture beating up a civilian with road rage, it’s good that this situation ended in non-violence. When you’re Enson Inoue, it must not take too much convincing to get a regular guy to back down. We hope that this nameless driver never follows another person home again because that’s just dangerous for everyone. After all, it could have been much worse. Remember what happened when some guys followed Renzo Gracie? As for Mr. Inoue, he can return to his life of peace with his dog Bernie.

Check out a classic appearance by Enson Inoue on The Joe Rogan Experience.