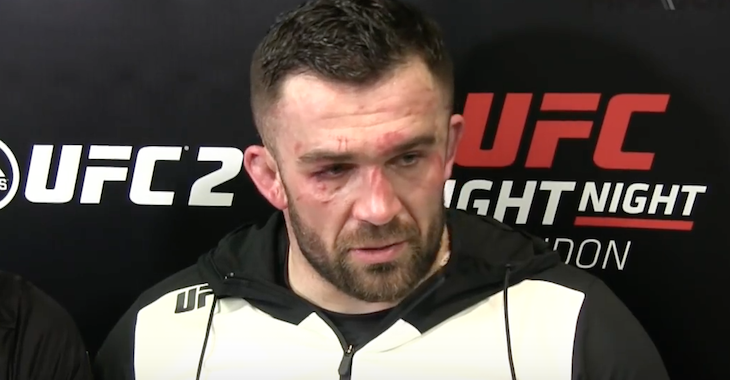 News surfaced Friday evening that UFC heavyweight Daniel Omielanczuk had failed a USADA-administered out-of-competition drug test and been notified of a potential anti-doping policy violation according to MMAFighting.

Omielanczuk tested positive for meldonium, which is on the WADA banned substance list as of January 1st. The strange part of Omielanczuk’s case is that he won’t be provisionally suspended due to the lingering questions regarding the drug.

There are questions regarding whether or not the drug is actually a performance enhancer, as well as how long the drug stays in the user’s system, meaning it’s possible Omielanczuk took the substance before January 1st, when it was placed on the banned substance list.

Back in April WADA went as far as to announce that more studies were required on the substance, and any failed tests prior to March could be waived if there was less than one microgram of meldonium in the blood sample.

At the present time, Omielanczuk will still face Alexey Oleinik on July 13th.