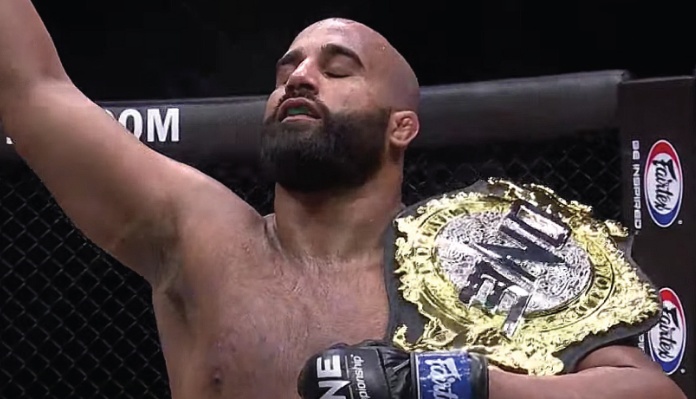 Vera (16-9 MMA) entered today’s event headliner with hopes of earning his third consecutive defense of his ONE Heavyweight championship. ‘The Truth’ had earned first round finishes over Hideki Sekine and Mauro Cerilli in his initial title defenses.

Meanwhile, Arjan Bhullar (11-1 MMA) had entered today’s ONE Championship event on a three-fight winning streak, with two of those three wins coming under the UFC banner. In his most previous effort, the Canadian with Indian origin had defeated Mauro Cerilli by unanimous decision.

Bhullar came out quickly in his fight with Vera, pressuring the champion against the cage before landing a takedown. However, ‘The Truth’ would threaten with an omoplata which prevented the Canadian from getting off any real offense.

In round two Arjan Bhullar was able to rock Brandon Vera with a pair of right hands. He would then take the fight to the canvas where he promptly finished the fight with ground and pound.

The TKO loss served as Vera’s second in a row, as Brandon had previously suffered defeat to Aung La Nsang in his bid for ONE’s light heavyweight world title.

As for Arjan Bhullar, the powerful wrester is now 11-1 as a professional. His lone defeat came back in April of 2018 when he was submitted by Adam Wieczorek under the UFC banner.

Who would you like to see Bhullar fight next following his TKO victory over Vera today in Singapore? Share your thoughts in the comment section PENN Nation!