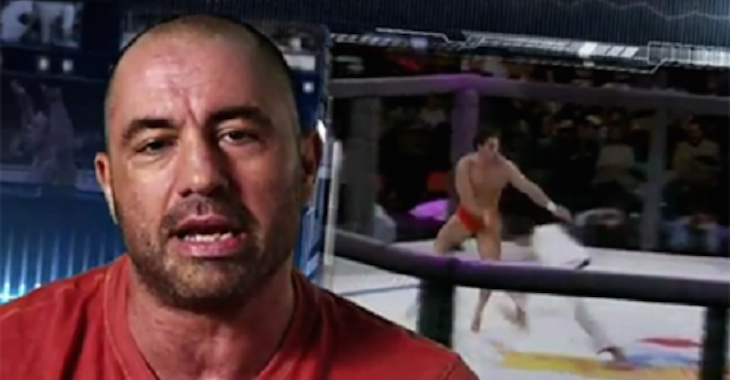 UFC color commentator Joe Rogan has been a longtime advocate against weight cutting in MMA. With the recent news of ONE FC’s new weigh-in procedures and regulations, Rogan recently tweeted a link to the organizations new system that will be implemented in 2016.

Rogan said in the tweet, “This ONE FC weight cutting ban is a step forward in the healthiest direction.”

Fighters in different MMA organizations have been hospitalized, and there have even been deaths related to weight cutting.

With Rogan having a very strong voice doing UFC broadcasts, will he bring it up often in future UFC events making more fans and media aware of ONE FC’s new system?

Do you think that the new weigh-in procedures from ONE FC will revolutionize the sport of mixed martial arts and get the sport’s premiere promotional organization in the UFC to adopt the system? Share your thoughts in the comments!