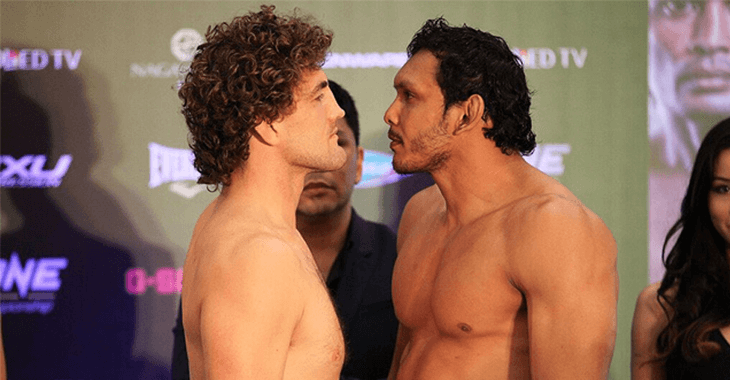 With ONE Championship’s new weigh-in system set to take place in 2016, the weight class the fighters have been competing in will be taking a big change. Victor Cui, CEO of the promotion recently appeared on Fox Sports Asia to address the changes that could have a dramatic effect on the landscape of MMA.

“It’s really quite simple, all our athletes will move up a weight class together and in unison.”

The ONE Championship head honcho also made it clear that the existing titleholders would not be stripped of their belts.

“All champions will retain their titles.”

One issue not addressed during the broadcast is what will happen to the 205-pound division, which currently doesn’t have a champion. Fighters like Jake Butler, Roger Gracie and Cristiano Kaminishi, who normally fight at 205 pounds, could find themselves competing as heavyweights unless ONE Championship takes the unprecedented step of adding a new weight class between 205 and 265 pounds.

Cui says that he hopes the other promotions will join in implementing the new system to promote a more safe and healthy way for fighters to compete. Do you think the UFC and Bellator will join in? Share your thoughts in the comments!