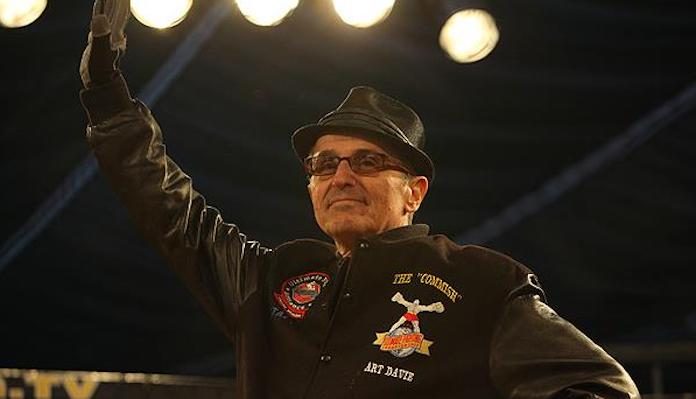 The newest addition to the contributor win of the UFC Hall of Fame, which honors those who have “made outstanding and historical contributions to the sport outside of active competition,” is UFC co-founder Art Davie.

Davie, who created the UFC with the help of Rorion Gracie, will be inducted into the UFC Hall of Fame during this year’s International Fight Week celebrations, per MMAJunkie. The induction ceremony will stream live on UFC Fight Pass.

“Art’s contributions to UFC helped lay the foundation for the sport that fans around the world see today,” UFC President Dana White said of Davie’s induction into the Hall of Fame (via MMAJunkie). “It’s an honor to induct Art into the UFC Hall of Fame class of 2018, and we look forward to celebrating his career at our ceremony in July.”

After helping to create the UFC, Art Davie sold his stake in the burgeoning organization to Semaphore Entertainment Group (SEG), effectively ending his involvement. That, however, is not where Davie’s influence on the combat sports world ended. Years later, he attempted to create a new hybrid sport called XARM, which combined MMA with arm wrestling.

“Being inducted into the UFC Hall of Fame is the greatest honor that can be bestowed to anyone involved with the sport of MMA,” Davie said of his induction. “Watching UFC become mainstream and break all these records over the years has been like watching my child go out and conquer the world. I’m so proud of what UFC has become, and I’m thrilled my part in its creation is being celebrated during its 25th anniversary.”