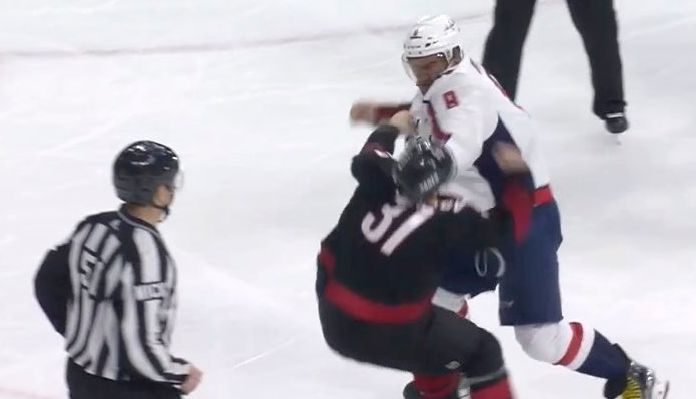 Alexander Ovechkin is known for his lethal shot and crushing bodychecks but it is rare to see the NHL’s leading goal scorer throwing fists.

The result was a devastating knockout for the NHL’s reigning and defending Rocket Richard trophy winner.

Check out the knockout below:

What did you think of Ovechkin’s crushing knockout of Andrei Svechnikov? Sound off in the comments section Penn Nation!