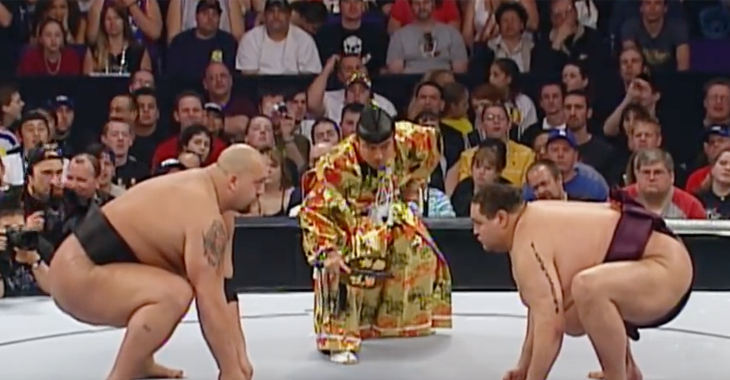 Alarming news has many people worried after finding out that Akebono was recently placed into a medically induced coma in Japan.

According to the Wrestling Observer Newsletter, the 47-year-old combat sports star became ill and was admitted to the hospital after doing a show for the wrestling promotion DDT in Fukuoaka, south Japan. The report states that Akebono is expected to be in the hospital for at least 10 days. The type of illness was not made clear in the report and it is unknown if it was caused by the DDT show appearance. Akebono Tarō, born in Hawaii Chadwick Rowan, made his way to stardom in Japan as a sumo wrestler and found his way to competing in MMA and in the WWE. Akebono was the first non-Japanese-born competitor to get the ranking of yokozuna in sumo wrestling, stamping his name in the sport’s history books. Akebono competed in big Japanese promotions such as New Japan, All Japan, HUSTLE, Dragon Gate, and Zero1, according to Uproxx. Akebono’s greatest success came under the All Japan promotion twice winning the promotion’s top title, the Triple Crown Championship and twice held the All-Asia and World tag titles. American fans perhaps know Akebono best for his stint in the WWE where he beat the Big Show in a sumo wrestling match at WrestleMania 21. Although there was not much success for Akebono in mixed martial arts competitions, the giant competitor from Hawaii has had big matches against legendary MMA fighters including Royce Gracie at K-1 – Premium 2004 Dynamite!! and Don Frye in K-1 – Hero’s 5. Uproxx states that Japanese law required Akebono to legally change his name from Chadwick Rowan to Akebono Tarō in 1996 where he was forced to give up his American citizenship to become a Japanese citizen.