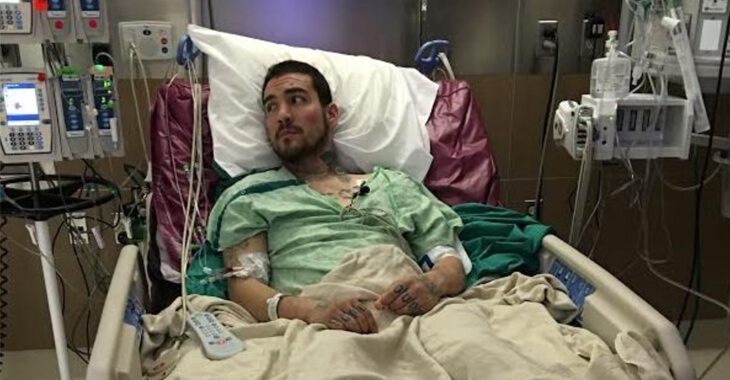 An MMA Fighter from Colorado is partially paralyzed after he says police used excessive force in detaining him.

Donovan Duran, who started his career as a mixed martial artist in 2015 may never get to compete again after La Junta police responded to a call and detained the 24-year-old. One of Duran’s family members called the police after Duran reportedly got drunk, according to KOAA. Duran claims that the police detained him and then beat him up as they got him out of the car to go to the Arkansas Valley Medical Center.

“I can’t feel anything below my waist,” Duran said. “I can’t stand on my own.”

“They tackled me to the floor,” he said. “They put all their pressure on top of me with their knees. They put their knee in my back.”

Important pieces of information will come from the surveillance camera footage outside the Arkansas Valley Medical Center where KOAA reports that it will “only a matter of time before that video is made public.” McDivitt is also working on getting body camera footage from the police officers involved in the incident.

Interestingly, Duran was never charged with any crime, but only detained for public intoxication.

The Colorado Bureau of Investigation has launched an investigation and will present the case to the district attorney’s office when all the evidence has been gathered.