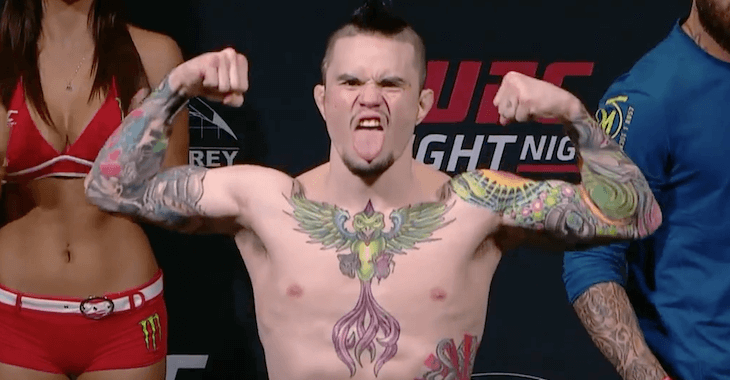 The UFC had gone quite a few weeks without releasing any more fighters, however that changed this morning.

The account is a very reputable one that frequently breaks news of fighters release prior to the UFC making the official announcement. A program is used to tell which fighters have been removed from the UFC.com active roster. So far the UFC has yet to make the announcement official, however we can expect one in the following days.

Jorgensen is currently on a 3-fight losing streak that most recently saw him lose to Alejandro Perez via TKO after injuring his ankle. The former WEC title challenger went just 4-8 in the UFC.

George Roop went just 4-6 during his time with the UFC, and was on a 2-fight skid at the time of his release. He most recently dropped a unanimous decision to Takeya Mizugaki in September.

Yui Chul Nam had just 3 fights in the UFC, and most recently found himself on a 2-fight skid that saw him drop back to back split decision losses to Phillipe Nover and Mike De La Torre.