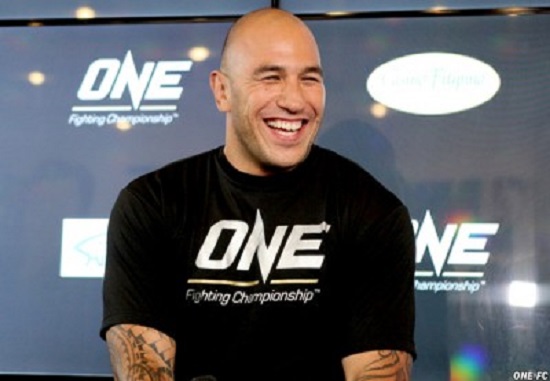 Brandon Vera, a UFC veteran of 16 fights, who was recently signed by ONE FC, will be stepping back into the cage this weekend in the Philippines at ONE FC: Warrior’s Way.

Ahead of the bout, Vera spoke to MMAJunkie to discuss his departure from the UFC, and why he believes fighters should be respected more.

“It was kind of a shock. I was still in negotiations. Me and (UFC President) Dana (White) were supposed to be talking and all of sudden it came out (I was cut). As soon as that came out, I sent Dana a text and I was like, ‘What are you doing? What’s going on?’”

“I gave Dana a chance to talk and let me know what’s going on. He heard about the offers and last thing I heard from Dana was, ‘F–k, kid, you (fighting) in Asia makes a lot of sense. It’s an amazing offer, so good luck out there.’”

“It was time to move on. (I didn’t want to be with the UFC) after I talked to ONE FC and started seeing their platform and what they’re trying to do with MMA over in Asia. Everything happened at the exact right time. I can’t even explain it.”

“I have nothing bad to say about the UFC, but I have a couple things I’m still salty about. Everything from the decision with Randy Couture all the way to the PEDs and everything in between. The respect the fighters are not given is a big deal.

“My biggest thing was the respect issue. Not just for me, but for other fighters and all fighters. The stories you hear in the back, the injuries that aren’t taken care of and just the lack of respect. It’s nothing I want to dive too much into.”

What do you think PENNation? Does the UFC treat their fighters appropriately?