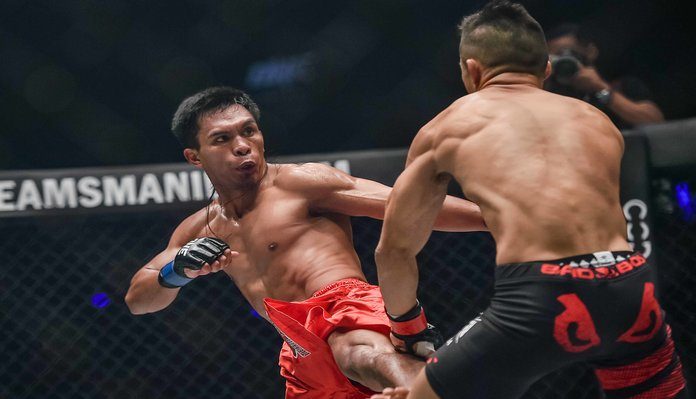 Filipino spitfire Kevin “The Silencer” Belingon is getting the opponent that he has wanted for a very long time, as he is booked to lock horns with Bibiano “The Flash” Fernandes in a highly-anticipated bantamweight title unification bout at ONE: HEART OF THE LION, set for the Singapore Indoor Stadium on 9 November.

Belingon and Fernandes squared off inside the ONE Championship cage in January 2016, with the latter pulling off a quick submission victory over the hard-hitting member of the fabled Team Lakay.

“I am super excited. Finally, the long wait is over, and now I’m fighting Bibiano Fernandes for the undisputed bantamweight title. Ever since the night I lost to him the first time in China, this moment has been all that I have looked forward to,” Belingon stated.

Since yielding to Fernandes over two years ago, the 30-year-old native of Kiangan, Ifugao bulldozed six top contenders in ONE Championship’s talent-filled 65.8-kilogram weight class, including a match that in theory, he did not have to accept but undoubtedly secured him a date with his Brazilian rival.

“Every opponent, every challenge that I have faced since then, has brought me here. This is what I have worked extremely hard for. I know that nothing will get easier, and I have to work twice as hard to prepare for the biggest bout of my life,” Belingon stated. 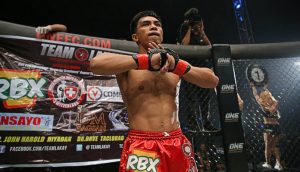 “This is a career-defining bout for me. I am laser focused on coming into this fight in the best shape ever, and I am working triple on my preparations,” he continued.

Belingon feels that his journey to this point has been worthwhile, and now that he has a belt around his waist, he wants to unify the world titles and redeem himself from the setback he experienced at the hands of Fernandes.

“He has been on my mind for more than two years now. I have upgraded my skills where necessary. This time around, things will be different. I am a completely different fighter. I know the mistakes I made in the first bout. This is my chance to erase that memory. See you inside the cage Bibiano,” he concluded.