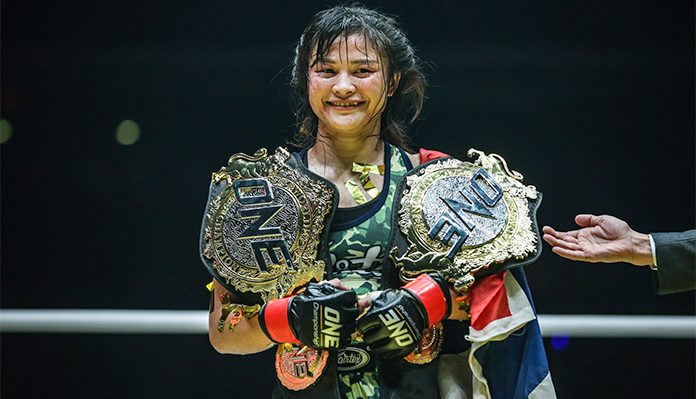 ONE Atomweight Muay Thai and Kickboxing World Champion Stamp Fairtex will face another imposing opponent in Killer Bee” Bi Nguyen who is out to redeem herself from her split-decision loss in her previous outing.

Stamp is on a mission for a third world title in as many sports. After defeating Asha Roka in just her second mixed martial arts bout last August, Stamp continues her quest in Manila at ONE: Masters of Fate this November 8.

“Bi [Nguyen] is a strong opponent,” Stamp said of her foe.

“She’s a great test because she’s a good fighter overall. I’ve watched a lot of her fights and she likes to pressure opponents and doesn’t stop coming forward. She’s a very aggressive fighter, which is her strength. But she does tend to leave herself open a lot maybe due to a lack of experience.”

ONE Championship’s first-ever two-sport World Champion awed the crowd at home in Bangkok with her amazing display of grappling skills. She took down her opponent, maintained dominant ground control, and finished with a thrilling rear-naked choke. 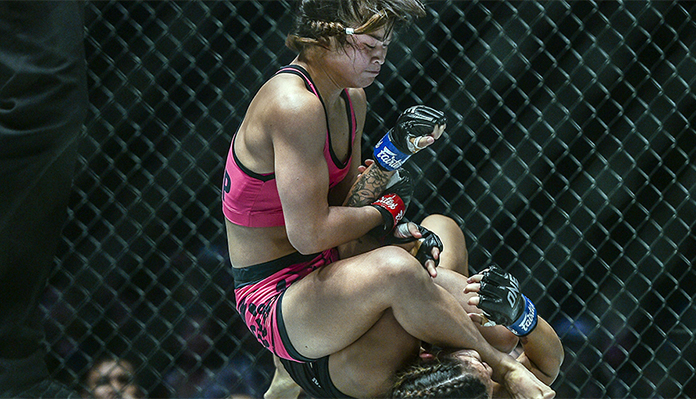 In her next bout against Nguyen, Stamp says she plans to showcase even more improvement.

“For this fight, I am almost where I want to be,” Stamp said. “I’ve been focusing more on my MMA training, wrestling, and Brazilian Jiu-Jitsu game to complete this camp. MMA is a tricky sport, and there’s so much to study. But I’m willing to put in the work. I’m serious about pursuing another World Title.”

With a growing arsenal of skills, the 22-year old prodigy is on the fast track to becoming a contender for the ONE Women’s Atomweight World Title. But until she’s able to earn a shot at the champion, currently Angela Lee, she has to prove that her experience in Muay Thai and kickboxing is enough to power her through any test.

“As always, I will do my best to win,” Stamp concluded. “I get better with each fight and I learn a lot about myself. I’m always working hard in training to improve my skills. Let’s see how far I can go.”

How do you think Stamp Fairtex will do in her third MMA bout?