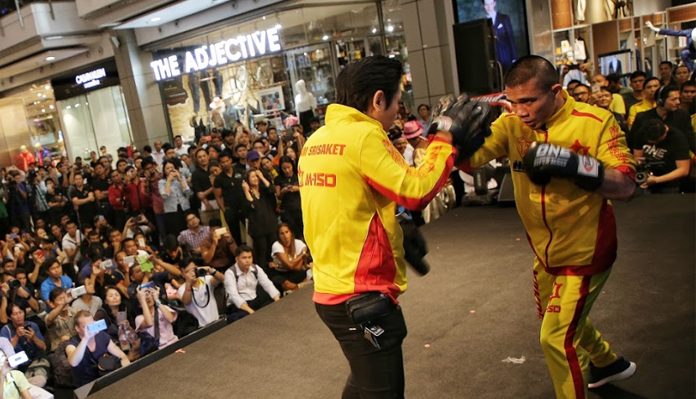 BANGKOK, Thailand – After making their grand arrivals in Bangkok, Thailand, The Ring Magazine and 2-time WBC Super Flyweight World Champion Srisaket Sor Rungvisai of Thailand faced off with opponent Iran “MagnifiKO” Diaz of Mexico for the very first time ahead of their main event clash this Saturday night.

The two are scheduled to lock horns on the headline offer of ONE: KINGDOM OF HEROES, which is set for 6 October at Bangkok’s Impact Arena. The 12-round boxing match is ONE Championship’s first dip into world-class boxing, as it pairs the bout with a series of mixed martial arts, kickboxing, and Muay Thai contests.

Just looking at the two perform in their open workout sessions with the media, and you can already tell that they are both ripped and ready to trade leather this Saturday night. 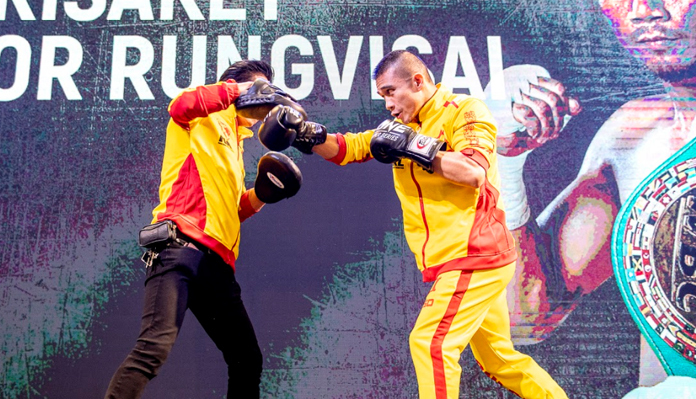 “After a gruelling training camp, one of my toughest yet, I am in tremendous shape and I’m ready to defend my title this Saturday night. Performing in front of all my fans here in Bangkok, and in front of all the Thai people, it is both an honor and a privilege for me,” said Srisaket, who will be defending his title in Thailand in front of his hometown crowd.

“I will do everything in my power to keep the belt and defeat a worthy opponent in Iran Diaz. I know he’s ready too, and I am prepared for whatever he brings to the table.”

Diaz, on the other hand, traveled all the way from Sonora, Mexico, where he is a regular proponent at the famed Romanza Boxing Gym, known for the superstars it has produced including Mexican legends Juan Manuel Marquez and brother Rafael Marquez. The head coach leading all operations is none other than the legendary Ignacio “Nacho” Beristain.

“I have never trained harder for any fight. This is the most important fight of my career. I am proud to be in the best shape of my life, and I am 100% ready to step on the champion’s home soil and score the upset. I know that he is a very powerful and aggressive puncher, but I am confident in the strategy me and my team have come up with. He’s a superhero in Thailand, but I’m going to crash this party and take the title here on his home soil,” said Diaz.

“Get ready for the biggest upset of the year. I’m heading into this fight fully expecting to walk away with the belt around my waist as the new champion. I know it’s not going to be easy, but I will do whatever it takes to emerge with the win. It’s going to be an amazing fight this Saturday night. I’m coming into hostile territory, but I’m packing the firepower. Let’s get ready to rumble.” 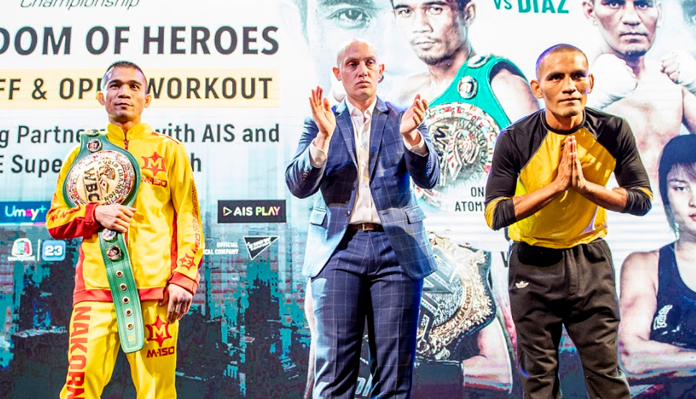 But the focus and spotlight will undoubtedly be firmly placed on Srisaket, whose name on some of boxing’s mythical pound-for-pound lists can be found as high up as the Top Five. Judging by the applause at the open workout, which was attended by at least a thousand fans and media, Srisaket is looking to put on an absolute show this weekend.

“Right now, the time for talk is over. It’s time to lace up the gloves and prove ourselves inside the ring. I would like to thank ONE Championship for the opportunity to participate in such a massive event seen all around the world. I will do my best to give the performance of a lifetime. Everyone who is a fan of boxing should tune in, because we are going to do something special this Friday night. I thank all the fans for the continued support,” said Srisaket.