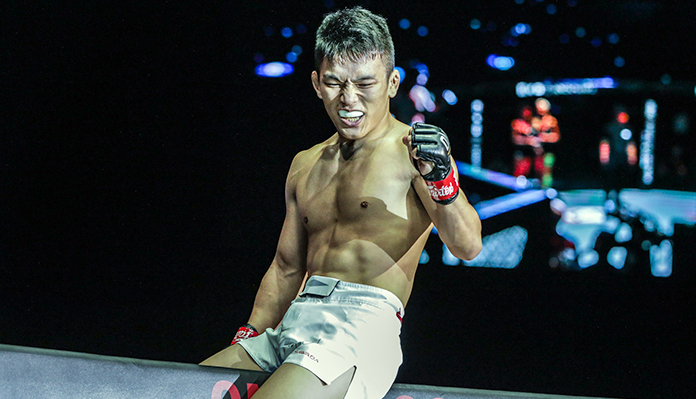 Ever since Ryuto Sawada stepped into the ONE Championship ring last year, he has claimed nothing but victories. Sawada won all three of his matches since his promotional debut.

Now, Sawada is aiming to continue his winning streak against South African Bokang Masunyane at ONE: Mark of Greatness. The two go head-to-head at the Axiata Arena in Kuala Lumpur, Malaysia on 6 December.

From a young age, Sawada had always dreamed of becoming a mixed martial artist.

“When I was four years old, my father brought me to PRIDE FC and that was when I saw the match between Sakuraba and Royce Gracie,” Sawada said.

“After watching the match, I wanted to try it out. So when I was four, I entered Takada Dojo and started wrestling.”

Sawada trained in wrestling since he was 16-years-old. He says that his wrestling abilities helped him get admitted into the high-school he attended but after a year, Sawada felt that he wasn’t meant to continue his career in the sport.

It was a tough decision for him to step away from wrestling and transition to mixed martial arts, but people close to him supported his choice. 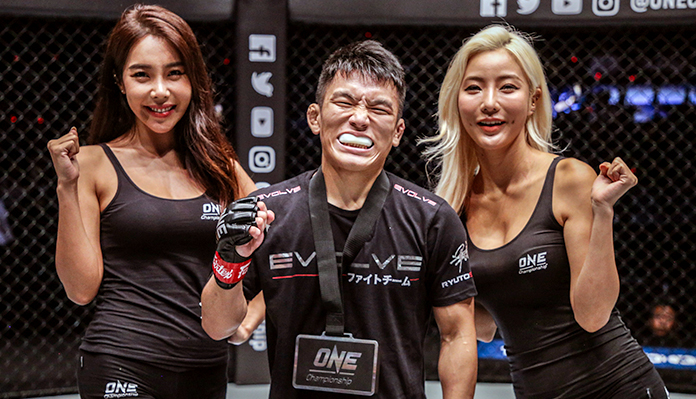 “From the beginning, I started training wrestling so that I could use it in mixed martial arts,” Sawada said.

“My desire to do mixed martial arts was always there.”

Sawada won his first two bouts under the ONE banner via submission — a brabo choke victory over Mohd Fouzein of Malaysia and an armbar finish over Filipino Ismael Bandiwan.

The 24-year-old Tokyo native who now trains at Evolve MMA says he’s found everything he needed to stay on top of his game under one roof.

“Evolve has everything right here in one gym and I am very thankful for that,” said Sawada.

“Everyone here is world-class, including the coaches and athletes. It is very beneficial to me. If you continue to work hard, you will definitely become better.

“What is important is that you keep going. Now that I am competing in ONE Championship, I will aim to win match by match and in the future, aim for a title shot and become World Champion.”

Sawada keeps his fans and supporters in mind before and during each bout, adding “For every match, I hope to excite the audience and make them smile.”