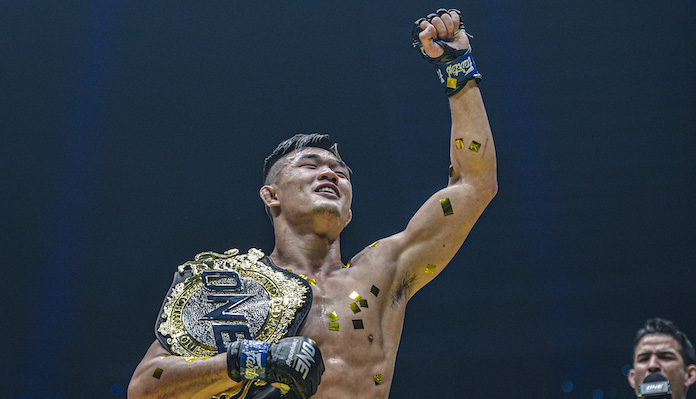 Singapore-based martial arts organization, ONE Championship, recently posted a new short feature on their official Youtube channel, highlighting the challenges we’ve all faced over the last 12 months of the COVID-19 pandemic. At the end of the video, the promotion also took time out to thank its staff, fans, partners, athletes, and media for the integral part each played in its story in 2020.

ONE has always been an advocate for overcoming trials and adversity. Many of the stories it shares on its official channels have to do with its athletes, and their extraordinary tales of survival and victory. Like its athletes, ONE wasn’t without its fair share of adversity over the past year.

At the advent of COVID-19, countries all over the world shared similar experiences. Most modern communities were immediately placed in lockdown status, with differing levels of social distancing and health protocols in place. Borders were shut, restricting movement on land, sea, and air.

Naturally, businesses in both large and small scale had to adjust their practices to work with the times. Many establishments such as restaurants, shopping malls, schools, and even churches, were forced to close either temporarily or permanently. National economies went through severe meltdowns.

One of the hardest hit were industries that relied on live events. ONE Championship was not spared. So the organization was forced to devise a viable solution to the predicament they faced.

In the video feature, ONE highlights its specific efforts in pioneering a safe and feasible system to resume hosting live events, albeit in a closed-door, audience-free capacity. It started with ONE: King of the Jungle in February, and as rules became more strict, the organization adjusted its practices accordingly.

ONE continued to collaborate with different national governments across the world in areas of health and safety, logistics, and event production. Eventually, it was able to stage live events in both Thailand and China beginning in August, before finally returning to its headquarters in Singapore.

Working with the Singapore government and the Singapore Tourism Board, ONE was chosen to pilot the return of live international sports productions in the country. It even reintroduced a live audience.

2020 was truly a year that will forever live on in memory. People of the world endured so much through the last 12 months, and as the new year offers its own set of challenges, ONE Championship remains confident it can continue to deliver the world’s best martial arts action.