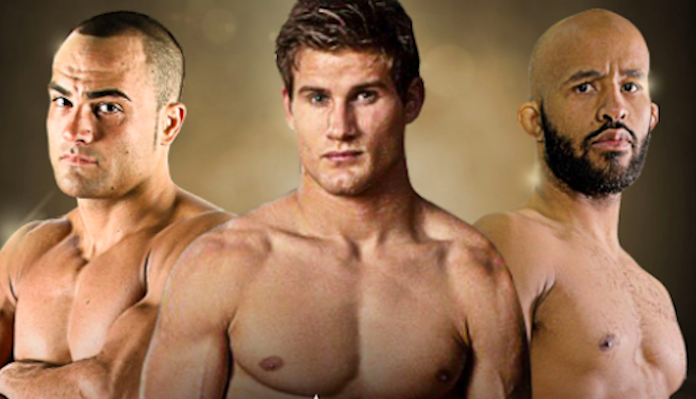 The tour will pass through Seattle (25 February), Los Angeles (26-27 February) and Las Vegas (28 February). Those interested in attending are encouraged to rsvp in advance here.

Chatri Sityodtong, Chairman and CEO of ONE Championship, stated: “It is with deep honor and excitement that we welcome DJ, Eddie, and Sage to our martial arts family. Beyond their sheer talent and dedication to the sport, all three athletes have exemplified the principles and values that we champion at ONE. Our mission is to unleash real-life superheroes who ignite the world with hope, dreams, inspiration, and strength. I have no doubt that these incredible martial artists are bound for even greater things in the near future.”

As part of the media tour, Johnson, Alvarez, and Northcutt will be hosting open-mat demonstrations in Los Angeles at Clube LA and at Xtreme Couture in Las Vegas. In Johnson’s hometown of Seattle, ONE Championship will be partnering with the Southwest Boys & Girls Club 25 February from 4:00 – 6:00 p.m. PST to host a talk story with Johnson, followed by an open-mat demonstration.

Raised by his hearing-impaired mother and an abusive step-father, Johnson learned early on about the importance of rising above life’s challenges and not allowing tough circumstances to define an individual. It is this hardship that he faced as a youth that has inspired him to be an example beyond the cage to young adults facing similar challenges.

Demetrious Johnson, ONE Athlete, stated: “Understanding that life is filled with ups and downs as a child, I feel blessed to have a platform to raise awareness and inspire today’s challenged youth to fight against their odds and to remember that life is what you make of it. Work hard and stay true to what you know is right and wrong. I’m honored to have Seattle be part of our first U.S. media tour, and I look forward to meeting the club members at the Southwest Boys & Girls Club.”

On 31 March 2019, Johnson and Alvarez are both scheduled to make their ONE Championship debuts at the highly-anticipated event, ONE: A NEW ERA, which takes place in Tokyo, Japan’s iconic Ryogoku Kokugikan. Johnson is set to face Yuya “Little Piranha” Wakamatsu of Japan in the quarter-finals of the highly-anticipated ONE Flyweight World Grand Prix. Alvarez meanwhile will take on Timofey Nastyukhin of Russia in the quarter-finals of the ONE Lightweight World Grand Prix.

Confirming a multi-year partnership with Turner Sports, B/R Live is set to distribute ONE Championship’s live events starting January 2019. This includes ONE: A NEW ERA. In addition, B/R Live will also offer fans highlights and video content capturing the best moments from the live event.

TNT will also televise twelve (12) episodes of one-hour re-airs of ONE Championship events. More information on this will be announced at a later date.